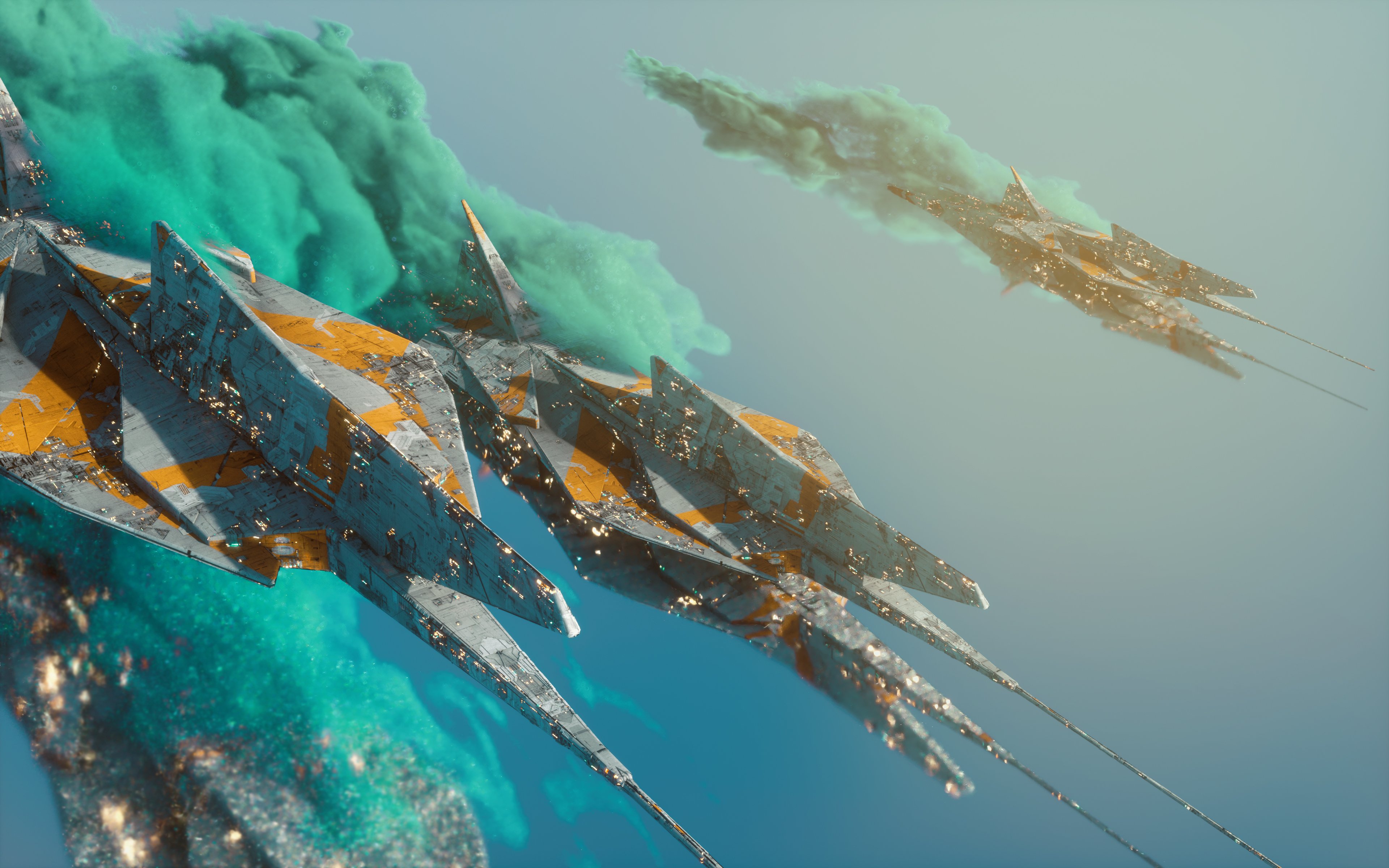 When was the last time you fell over in a video game? Been playing Death Stranding this last week and I’m surprisingly touched by its grueling hikes across a barren pseudo-Icelandic America. I fight for every step, brace across a river, carefully wind my way down a treacherous slope, desperately trying to keep my cargo balanced on an aching back. I arrive at my grateful recipient grimy, covered in muck, visibly exhausted. The only way to save the game is to have Sam, our protagonist, literally rest. It may have epic purpose, but I can’t stop thinking about the mundanity of Sam’s trek, a porter piled high with everyday supplies and the world’s fanciest wi-fi password. It captures the idea of how difficult it is to really connect, the grueling, ‘boring as dirt’ everyday work that brings people together. It’s… a mood.

Most of all I appreciate how it trusts the player with its uncompromising vastness—what Buzz Aldrin called “magnificent desolation”—without trying to fill it with a thousand blinking side-quests. But don’t listen to me, watch Jacob Geller’s beautiful video essay about what happens when games leave unexpected space. It’s an ode to loneliness via the gigantic and magnificent desolation of Red Dead Redemptions’s enormous world, the untrafficked, in-between spaces of a Call of Duty map, and the astonishing work of Aristotle Roufanis Studio.

Infinite checklists. Lightning fast gameplay. Anything to keep you from a moment where you think “What should I be doing now—also, what am I doing in a more general sense?” That’s why these experiences stand out for me. What they’ve given me is space without objectives. Time without a timer. It’s startling to not be told what to do in a medium basically created to give us things to do. What’s left is… me.

What’ bizarre is that I seemingly had to be tricked into doing them. None of these happen naturally. I am so averse to spending time reflecting, seeking out that quiet, that it had to be snuck into a 300 million blockbuster game.

Speaking of holding space, Dr. Jacqueline Antonovich asked a question about how you should ask questions and reminded me that how you speak has a profound effect on the space created for others.

“Last year, I switched from asking students, “Any questions?” to “What questions do you have for me?” And it’s made a world of difference. It’s got me wondering: what simple shifts in phrasing, wording, or questioning has helped your teaching?”

Just check out these replies!

@FitzyCalHerb: “As a counselor, I never say “why are you upset?” Instead I ask “What has caused you to be upset”. Puts the client at ease and doesn’t feel accusatory to them. They don’t have to think of the Why and instead start by focusing on the What in the situation”

@RobertLepenies: “Open group discussions rarely accomplish much: it’s the same people who speak (the usual suspects, usually trying to impress another or the professor). Any way to break this up is interesting: anonymous/written questions, group work, role play (in groups!), peer grading, etc”

@mbishop_uk: “I also ask at the end of each session ‘What is one thing you have learnt today that you will take away with you?’ - love seeing people making the connection with a new piece of knowleding and how it links into their existing practice (I work with healthcare professionals)”

@jcrichman: “In @amandaripley’s “The Unthinkable: Who Survives When Disaster Strikes And Why”, a police trainer says that he got huge results when he switched from saying “if you don’t do this you’ll die” to “if you do this you will be safe”.Our minds instinctively reach for safety.”

@jkhuggins: “Last year, I stumbled onto something helpful. I often email students who haven’t submitted an assignment (and are earning late penalties). I used to ask “when will you be done?”. Now I ask “how’s it going, and how can I help?” Makes a world of difference in the responses.”

In this case we’re talking about a classroom setting where the speaker is in a position of power, but it applies everywhere there’s conversation. I’ve seen it in my own life. For example, I switched from “What’s new” to “What’s top of mind?” when catching up with folks because “new” is simply the wrong frame for getting to what’s important. Trust me, it cuts right past small talk.

Fascinating thread by Filipina designer Pamela Punzalan on how international culture has shaped the game community in the Philippines. It’s easy to forget the structural factors we benefit from in the US, and the view from elsewhere. (via @ladylakira)

There’s no kind way of saying it. For most Filipino consumers of narratives and pop culture, a creator must be “international” to be “relevant”. Now, obviously this is a weird idea. What do you mean by “international”? What are the goal posts here? What qualifies, what does not?

We’re relying not on ourselves to determine whether our work is any good, but on the tastes and sensibilities of people who do not know our lives, do not understand our context, and are not privy to our realities.

In essence, we’re buying into extremely colonial/imperial structures. We are also wholesale contributing to hierarchies that don’t make any sense, my favorite being “There Can Be Only One” or “The Token Filipino”.

I didn’t know Muzak wasn’t just a term for inoffensive elevator music, but an actual company! This article by Liz Pelly in The Archive charts how Spotify’s algorithms are homogenizing music like an out of control paperclip making AI. I love and listen to those playlists myself—but always forget the systemic second order effects of my clicking. 2017 vintage, but all the more relevant.

Digital strategists have identified “lean back listening” as an ever more popular Spotify-induced phenomenon. It turns out that playlists have spawned a new type of music listener, one who thinks less about the artist or album they are seeking out, and instead connects with emotions, moods and activities, where they just pick a playlist and let it roll: “Chillin’ On a Dirt Road,” “License to Chill,” “Cinematic Chill Out.” They’re all there.

These algorithmically designed playlists […] have seized on an audience of distracted, perhaps overworked, or anxious listeners whose stress-filled clicks now generate anesthetized, algorithmically designed playlists. One independent label owner I spoke with has watched his records’ physical and digital sales decline week by week. He’s trying to play ball with the platform by pitching playlists, to varying effect. “The more vanilla the release, the better it works for Spotify. If it’s challenging music? Nah,”

Em Short shoves Pride and Prejudice’s three potential suitors into a dating sim to illustrate how non-obvious edge cases in narrative state can be made more visible, and how different game design decisions can affect this. This is diagramming at its best, making visible the underlying structure from which experiences emerges. 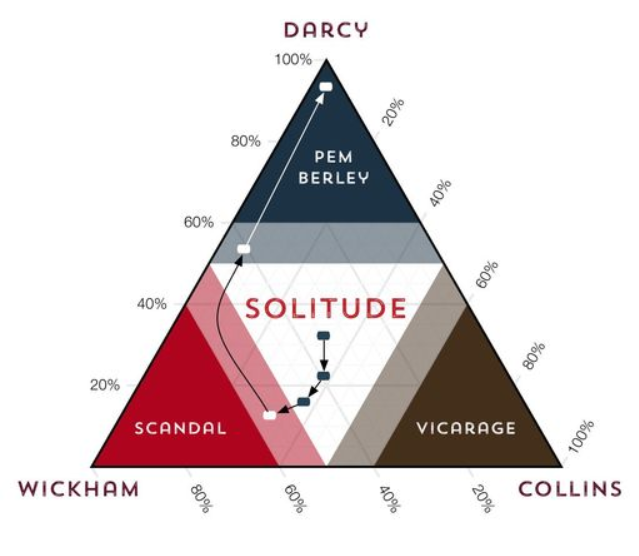 Designer Robin Rendle writes about the “boring as dirt” problem and how important it is to find ways to celebrate the massive amount of soul crushing labor below the surface of sexy solutions. Love his advice about starting a newsletter

The “boring as dirt” problem exists in our industry and every organization we work with. For instance, the performance of a website is obviously a terrible problem for users when they’re trying to report a blackout in their area and the website can’t load because there are a dozen or more third-party scripts loading at any given time.

But fixing that problem? It requires going through each script, talking to the marketing department, finding out who owns what script, why they use it, what data is ultimately useful to the organization and what is not. Then, finally, you can delete the script. The solution to the problem is boring as dirt and trying to explain why the work is important—even vital—will get you nowhere in many organizations. 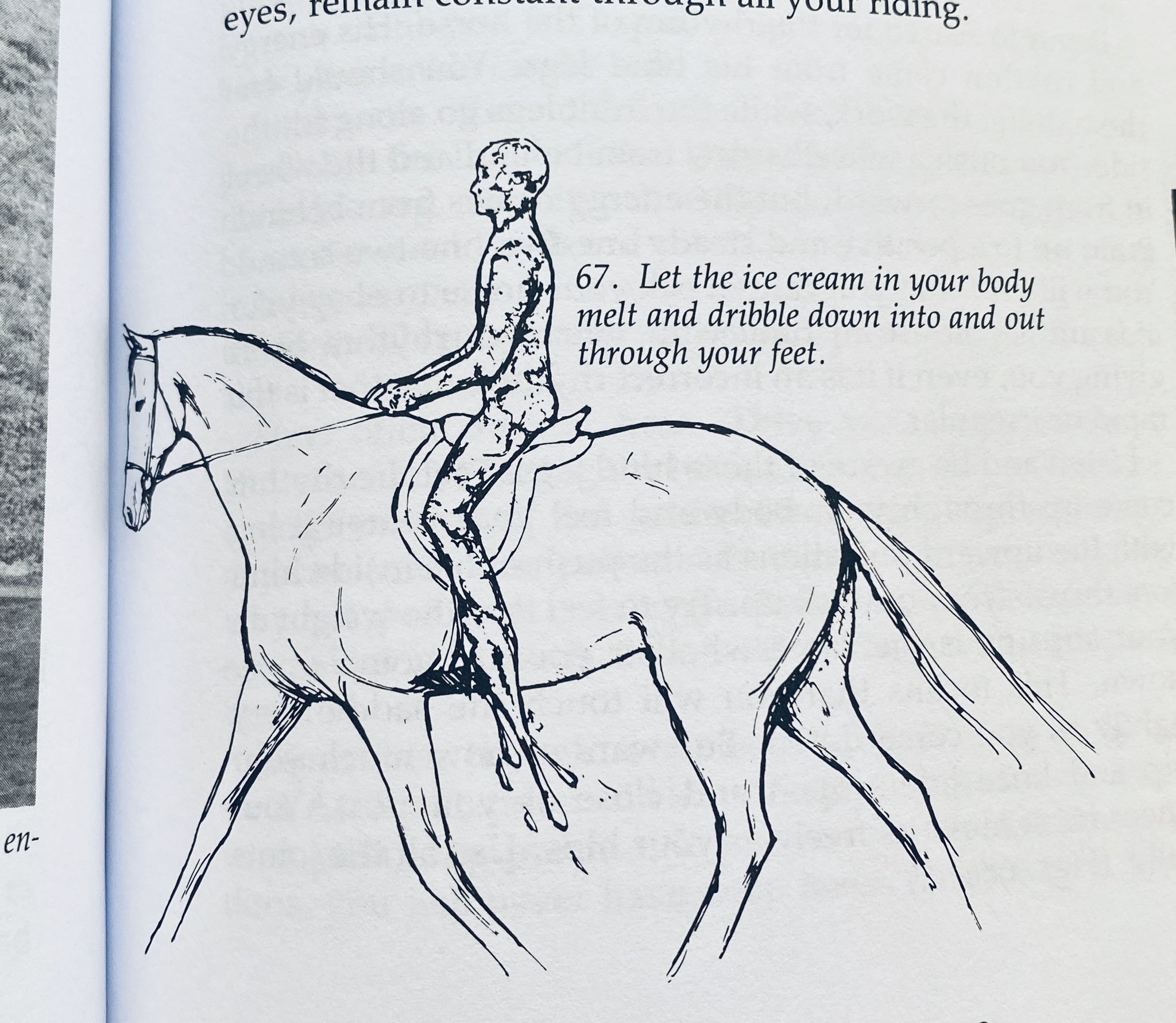 Alexandria Ne❄️nakis 🎄 on Twitter: “The illustrations in this horseback riding book are making me feel weird“ Me too. Me too.

“Every shot in Piper is composed of millions of grains of sand, each one of them around 5000 polygons.” 🤯.

Jason Esterhuizen is getting his sight back via a brain implant, and is tweeting the journey here.

Kirk McKeand on Twitter: “Apparently Overcooked is called “Divorce Kitchen” in China, and that fact has just made my day.”

Holovista! This looks stunning and my god—what a dream team!

“The house is one of the most important characters in our story,” Lev said. “Our amazing narrative designer, Strix Beltrán, initially described it as a ‘a strange ode to post-modernism and Western capitalism, bathed in vaporwavey aesthetics.’ When we put together the mood board for the house, we were inspired by the opulent gaudiness of MTV Cribs, the eternal elegance of Art Deco, the calculated polish of a well-funded selfie museum, the multiplicative interiors of photographer Sandy Skoglund, and ’90s graphic adventure puzzle games such as Myst.”

One More Thing, a two player narrative murder TV drama by Nathan D. Paoletta is Kickstarting now. This looks fun and accessible, and I’m tickled that the “board” tracking game state is the fictional 80s TV audience’s perception of the murderer. 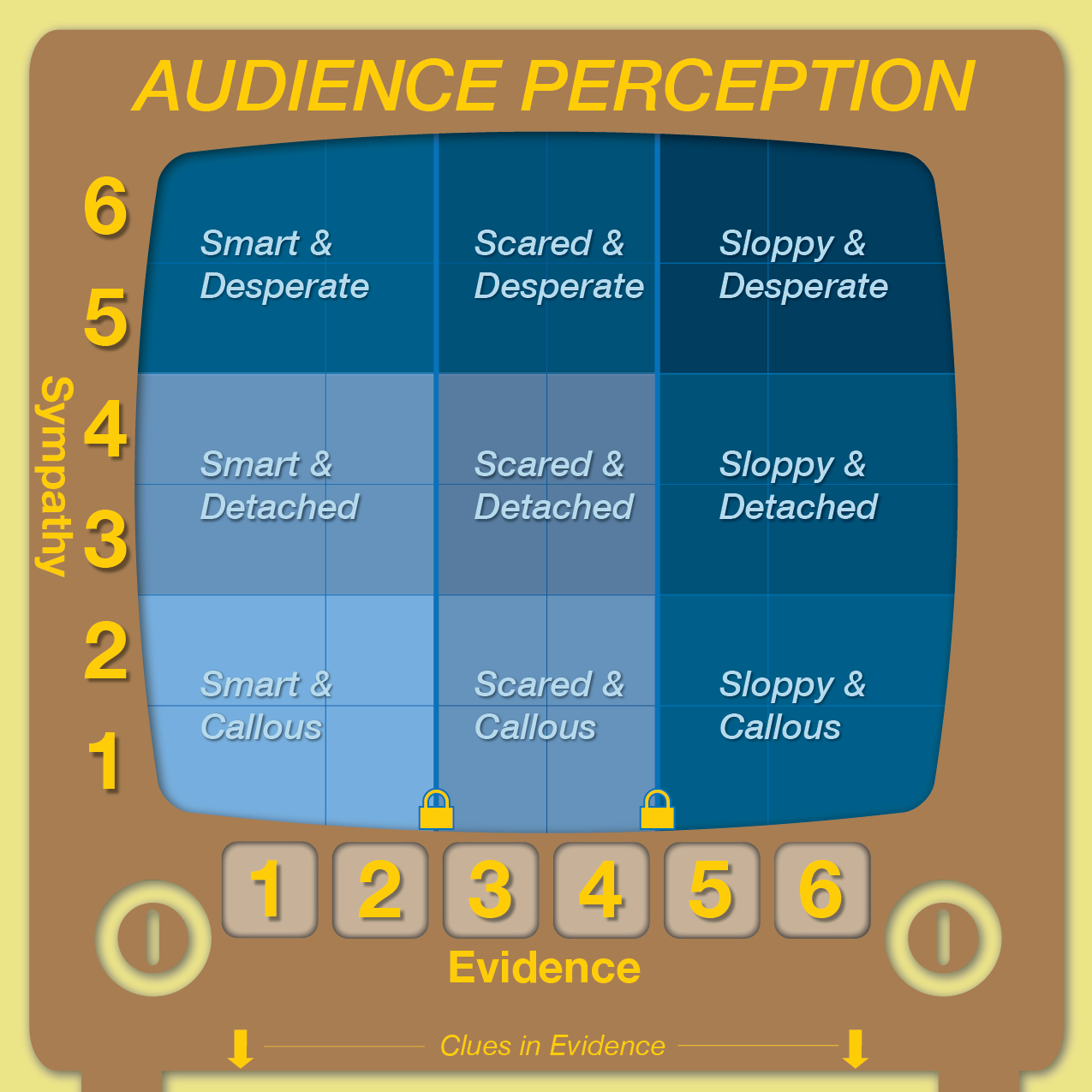 Follow up on last week’s WORST EVER IMAGE and its sequel: the worst diagram. Animated spell cards!. Drop tables!

The world’s most accurate depiction of the creative process..