2019.48: 4am phonecalls and interdependent music 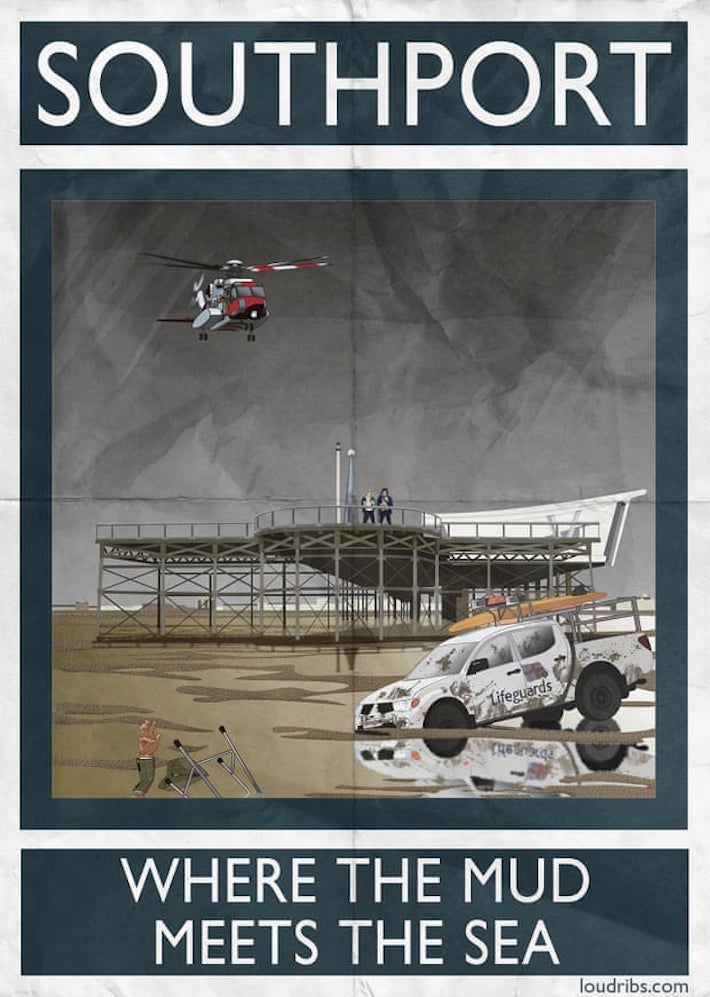 Gloriously backhanded love letter to the British seaside by artist Jack Hurley. As someone who grew up in the UK, the mood is perfect. Recommended soundtrack: Burial.

One of the things I was hoping would happen from looking back over my week’s information diet—instead of just letting it flow off into oblivion—is that I’d have a clearer sense of what actually grabs my attention.

And holy moly, even in just a few weeks there could be no theme clearer than the idea that we need to move from an individual to interpedendent model of happiness. There are so many forces pulling us apart in the current social order, so much trauma to deal with, from that faced by specifically by marginalized people to the widely felt low-level trauma-bath of climate change / late-stage capitalism / whatever Mr President butt-tweeted 5 mins ago.

So on that note one of the most vital posts I came across this week was Cass Kay on “Designing Games in a Traumatic World” by injecting the principles of trauma-informed care right into games’ bones. Here they are:

I deeply believe that games have the theoretical power to remap and heal relational patterns, and that we’re just scratching the surface. We’re still in a stage where games often wield safety tools as a separate “add-on” rather than in a fully integrated whole. Feels like the next step is to find ways to infuse mechanics themselves with elements that promote nuance & safety even as the topics explored get harder. This framework gives me a bunch of roads to explore.

Secondly, I can’t stop thinking about how our communities exist on top of an existing game: social media—which has distinct, non-neutral mechanics of its own. Mechanics that subtly skew us away from healthy, safe, restorative discussion and tilt us towards anger and dissociation. Mechanics that make it harder than it should be to love and support each other. We’re trying to heal, but the game is rigged right out of the box. We’re all trying hard to cobble together a better game on top of this one, which is not easy at all.

It’s tough to swim upstream while also trying to change the river itself.

And how deep does the American cultural stress go? Interesting question posed by Scott Berkun earlier in the week:

It’s healthy instinct gone wrong? When did it happen? Good friends is the counterbalance but most have fewer than ever.

It’s something to do with external vs internal - consumerism makes us think things make us whole, but our social nature means it’s relationships that make us whole. Things are easier to obtain than relations. So it’s a kind of trap we want to believe in.

He ponders the “technologizing of our psychology”, which unbundles the complex but rewarding interdependence of humans into a series of single use-apps, fraying trust along the way. (This by the way is why I have very mixed feelings about the multi-trillion dollar “mindfulness” industry)

In the replies, @davecort links to the Okinawan concept of Moais which seem like a powerful counter-example:

Moai, one of their longevity traditions, are social support groups that start in childhood and extend into the 100s. The term originated hundreds of years ago as a means of a village’s financial support system. Originally, moais were formed to pool the resources of an entire village for projects or public works. If an individual needed capital to buy land or take care of an emergency, the only way was to pool money locally. Today the idea has expanded to become more of a social support network, a cultural tradition for built-in companionship.

Similarly Michael Ungar, a researcher in the field of resilience, writes in The Globe and Mail about how resilience is a team sport. It’s a great piece, and includes the story of how communities recover faster if they are kept together after disasters:

Colleagues of mine who work as social workers discovered that after major flooding destroyed towns at the base of the Rocky Mountains, people who had their claims settled within a year recovered quicker and showed far less stress than those who had to live in hotels and cope with being away from their community for longer periods of time. As a resilience-promoting factor, a quick claims settlement means people can start rebuilding their homes. It gives them purpose and focus. It rejoins them with their communities and gives their children the chance to return to their schools. It also decreases the daily stress of living and the worry associated with an uncertain financial future.

The banks and insurance companies must have taken note. When wildfires destroyed Fort McMurray, Alta., in the summer of 2016, residents were scattered across nearby towns and cities and packed into community centres. Financial institutions loaded their staff onto large buses, the kind that touring rock bands use, and on each bus were bank machines, loans officers and insurance adjusters. The bankers travelled to the shelters, sleeping on the buses so they would not burden the scarce local resources. By travelling to people who had been forcibly displaced, the bankers were able to give their customers access to cash and an opportunity to start the paperwork required to submit a claim for compensation.

As a final thought, bringing it right home, this provocative question from Martin Seligman’s “Flourish” (also via @davecort):

Is there someone in your life whom you would feel comfortable phoning at four in the morning to tell your troubles to? If your answer is yes, you will likely live longer than someone whose answer is no.

It’s a powerful framing. Who could you call at 4am? What steps could you take right now to have more folks in your life who could be that person? Who in your life would feel comfortable calling you in the middle of the night?

What to do about the feeling of despair that the above paragraph might have inspired? Perhaps create narratives that go beyond the apocalypse. Here’s Alyssa Hull on hopepunk and solarpunk, two genres that try to do exactly that:

While I find the fashion, architecture, and energy proposals of solarpunk inspiring, I am looking for narratives that offer me something besides absolute optimism or total despair. Enter hopepunk, a term coined by Alexandra Rowland in 2017 to describe genre fiction that is the opposite of the ever-popular grimdark everything-sucks-and-is-terrible mentality. Hopepunk stories are not specifically climate-focused and, more importantly, do not necessitate hopeful worlds. In the age of Trump, this basic act of extending to another person kindness, rather than disdain or vitriol, becomes a political narrative, found in the writings of speculative fiction writers Becky Chambers and Cat Rambo, among others. (If This Goes On: The Science Fiction Future of Today’s Politics, an anthology of speculative fiction shorts edited by Rambo and published this past March, was conceived from her tripartite of “rage and sorrow and hope.”)

Musician Holly Herndon has a searing, beautiful take on music, AI, capitalism on speed, and how it’s not about the technology, it’s about creating a new ecosystem that she calls “interdependent music”:

Rather than independent music, with its focus ons special individuals augmented by technological tools and unencumbered by institutions or society at large, we are wondering what interdependent music would look like.

[…] Individual success is not very rewarding if everyone around you is struggling, just like individual freedom is meaningless if you have to erect borders around your home. We need other people to make music and life mean anything at all.

Game designer Jay Treat has been compiling a list of games that teach culture , like Clio Yun-su Davis’ “The Long Drive Back from Busan” which both has a concise primer how to approach playing a Korean if you aren’t, and richly written characters that double as an introduction to K-Pop. Was struck by Nashra Balagawala’s “Arranged”, which tries to educate on the nuances of arranged marriages. From her BBC interview:

“People in the West often confuse arranged marriages with forced marriages,” Nashra Balagamwala says, on the phone from Islamabad. “They go by a lot of what they see in the press. The acid attacks. The so-called honour killings. The complete absence of choice. My game was not meant to be part of that dialogue.”

“I wanted to create an innocent platform where families could talk about some of the silly aspects of my culture, in a non-confrontational way. Like how a ‘good girl’ knows how to make a good cup of chai and doesn’t have male friends.

“Secondly, I wanted to explain arranged marriage to white people, so they could better understand the nuance of South Asian traditions.”

If you know of other games like these, I encourage you to reply to Jay’s thread on Twitter!

Riley Rethal’s “VENTURE” is an introspective take on classic heroic fantasy tropes through the prism of Avery Alder and Ben Aldern’s belonging outside belonging system. which if you don’t have Dream Askew // Dream Apart is kindly summarized here. At a high level it’s a system to enable stories about a marginalized groups establishing an independent community within a dominant culture—an interesting lens on adventuring parties that maybe elevates them beyond the traditional band of murder hobos? I dig the character’s motivations and focus questions. For example, as the Bard, you play to find out:

“How does your art affect those around you?” “How much of yourself is a performance?” “What do you truly long to create, and will you be able to create it?”

Clio Yu-Sun Davis’ “But Not Tonight”, a larp about high school social dynamics and nuclear panic, is now on itch. 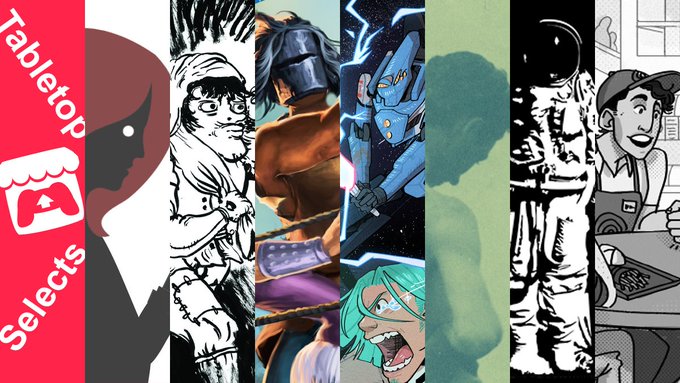 This action choreography from 1985’s “Yes, Madam” is NUTS

Danielle Baskin attends Dreamforce in a ghillie suit, which to me is the most perfect critique of its ridiculous pseudo island decor

Obsidian’s Josh Sawyer writes about how experience changes the types of risks you take. Posts like these are an epically valuable roadmap to help you understand and navigate the road to experience, to see what you don’t know you don’t know. Related: Julie Zhou on Senior vs Junior Designers.

A helpful list by @thousandheads of 10 indie ttrpgs specifically about relationships. 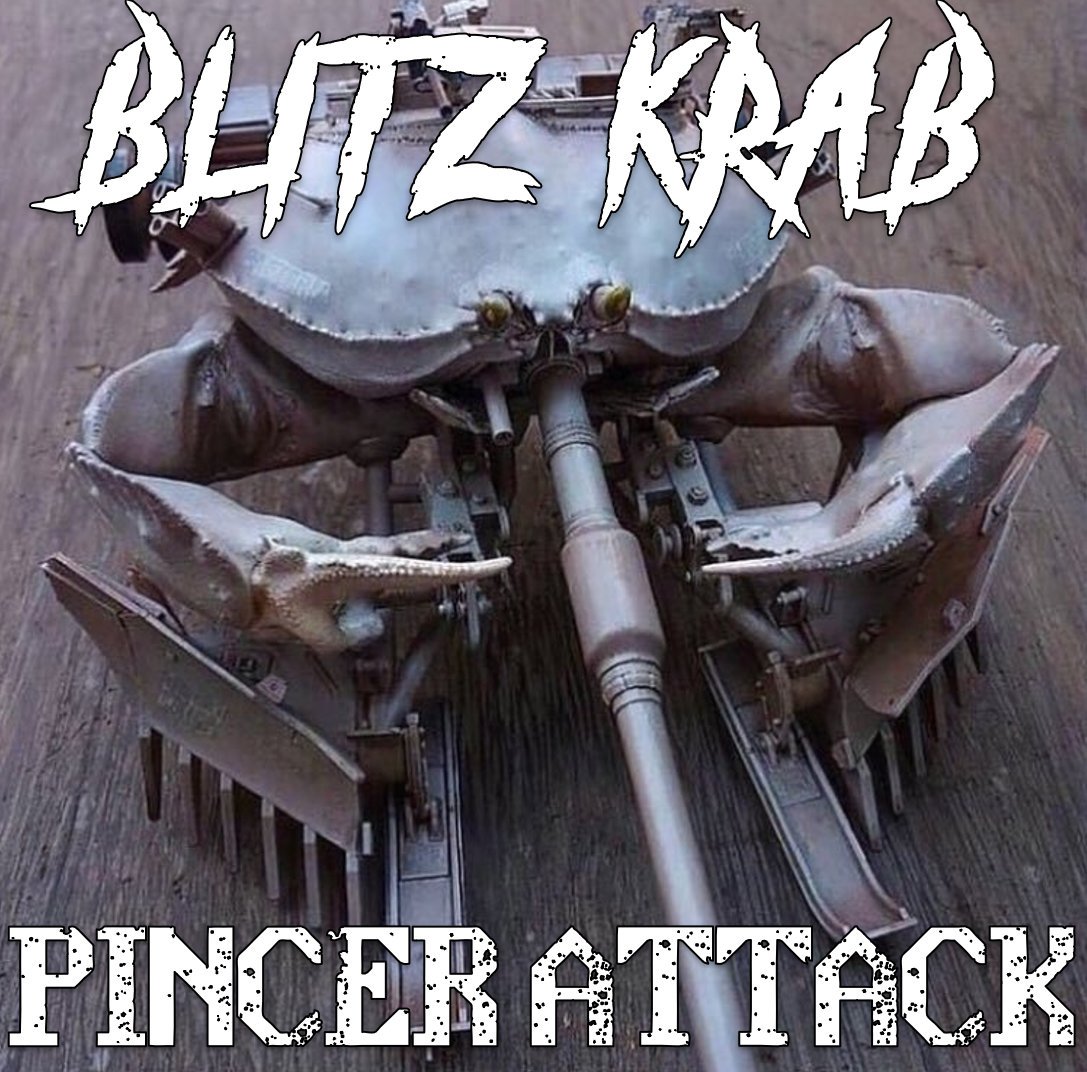 @papa_shell, doing the lord’s photoshop to give the world’s most accidentally metal images their fullest realization. 🤘😎🤘

What have I been listening to? These scientifically approved psychedelic playlists