How should I talk about horror?

I made a somewhat maniacal map of the influences on THE ZONE, as an exercise to see if I can talk about the game without mentioning the word “horror”. 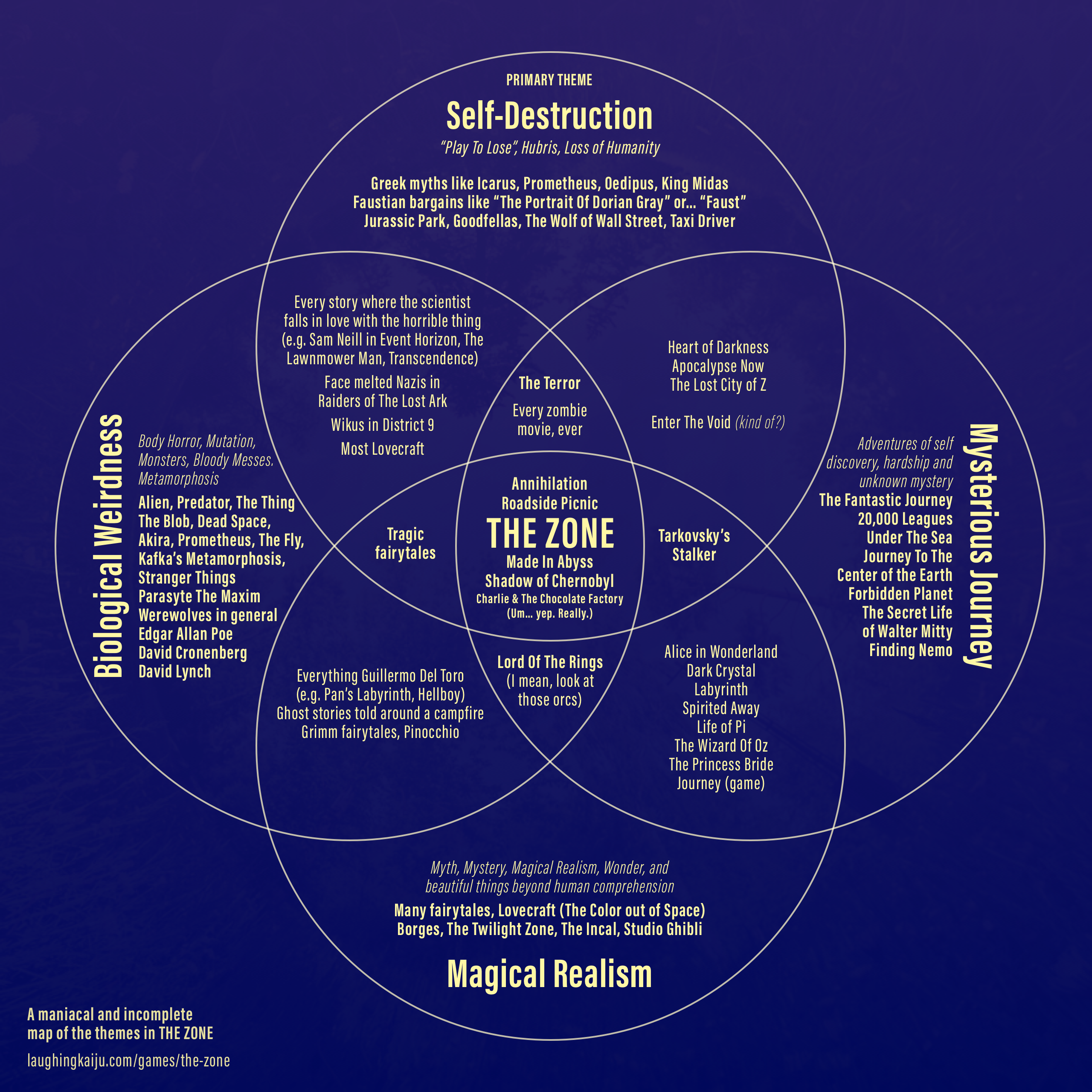 Four key themes came out of the exercise:

(And thank you to all who replied to yesterday’s tweet with comments & suggestions!)

But wait, isn’t THE ZONE a horror game?

Now, I loooove horror, and some of my deepest inspiration for the game are Annihilation, but also clear horror classics like Alien, The Thing, or Akira. As a result, I’ve tended to pitch THE ZONE as a “sci-fi horror storytelling game”. This typically elicits one of two reactions:

Good right? The people who will enjoy the game have opted-in, and those who won’t have exited. Self selection achieved—right?

The problem became clear when I’d ask followup questions to those in group two. Did you enjoy Stranger Things? “Yes! Binge watched it with my friends!” The Walking Dead? “God was that first season good.” Scary stories around campfires? “So fun!” From Game of Thrones to Black Mirror, horror themes are woven deeply through the biggest hits in mainstream media, which many (though not all) folks who were self-selecting out had seen and loved.

And no wonder! Horror is thrilling. It may allow us to experience and learn to overcome fear in a safe place. The physical sensations—bone pounding, heart racing arousal—awaken the body and make us feel poised and alert. As Gothic writer Ann Radcliffe puts it, terror “expands the soul and awakens the faculties to a high degree of life”. And that’s just scratching the surface (I could go on about horror vs terror for hours). But that’s a whole other blog post.

Check out this map of horror genres courtesy of the folks at horrorscreen.com. When I say “sci-fi horror”, I’m asking people to navigate to a tiny spot in the giant map full of gore. No wonder they get lost.

The golden rule: Empower players to create their own level of horror

THE ZONE uses horror in a very specific way: to explore the larger theme of our human hubris & self-destruction in the face of the things we cannot understand.

There is a particular kind of horror that inspired the creation and aesthetic of the game, but that is subservient to an ironclad principle I’m following: that players should be empowered to create their own horror. There are deeper reasons for that principle (nothing is scarier than what’s already in your mind) but it also supports diversity of experience. The last thing I want people opting out because they have slightly different reference points than the Annihilation “scream-bear”.

Because of that, the game is designed explicitly to allow each table to imbue the game with their own interpretation and level of horror.

Put that all together, and you have an extraordinary variability in the level of horror, from constant blood-soaked-body-mashing to magical fairytales.

Guess what—even Charlie and the Chocolate Factory can be derived from the basic principles of THE ZONE. (Side point, go watch this right. now. I’ll wait.) 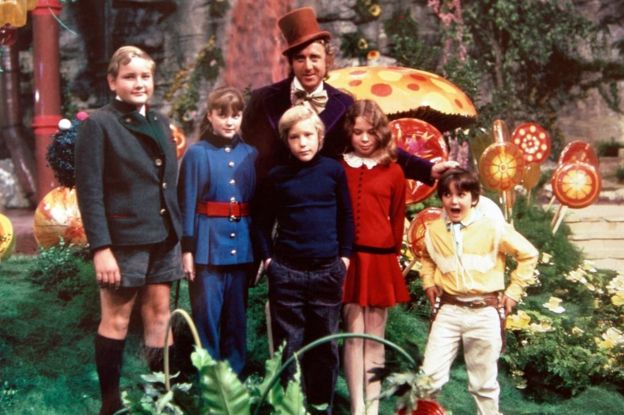 But does it check out against the principles? 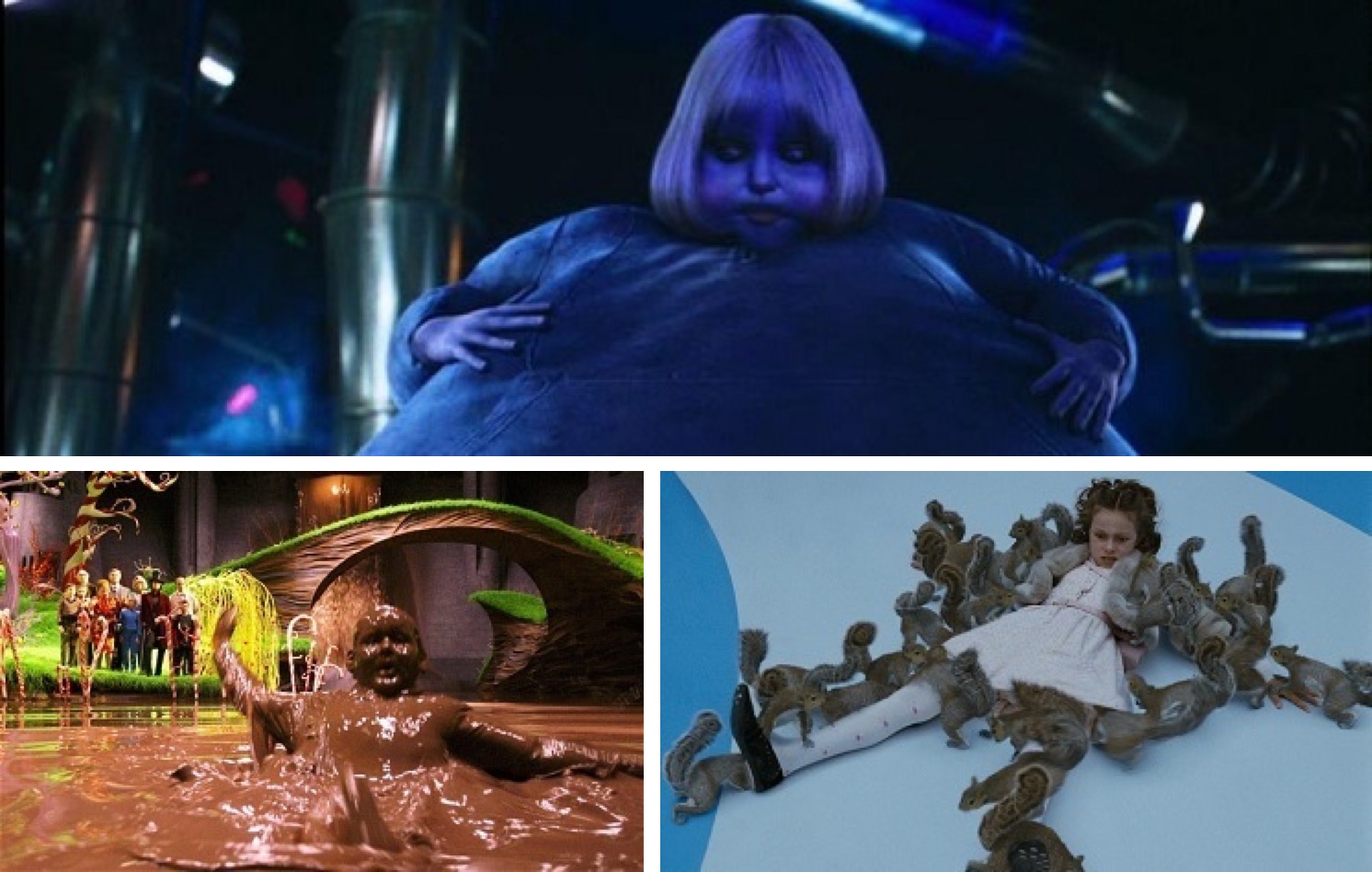 This seems like a good time to reference Seanan McGuire’s awesome spectrum of alternate worlds from her book “Every Heart A Doorway” (it’s sooo good):

Here in the so-called “real world” you have north, south, east, and west, right? Those don’t work for the most of the portal worlds we’ve been able to catalog. So we use other words. Nonsense, Logic, Wickedness, and Virtue. There are smaller sub-directions, little branches, but those four are the big ones. Most worlds are either high Nonsense OR high Logic, and then they have some degree of Wickedness or Virtue built into their foundations from there. A surprising number of Nonsense worlds are Virtuous. It’s like they can’t work up the attention span necessary for anything more vicious than a little mild naughtiness.

Tor.com created a giant map, of those lands, including Oz, Wonderland, and Narnia. My hope is that, similar to the variety of this map, players will create an incredibly variety of exclusion zones, from the wicked and violent world to the virtuous and beautiful! 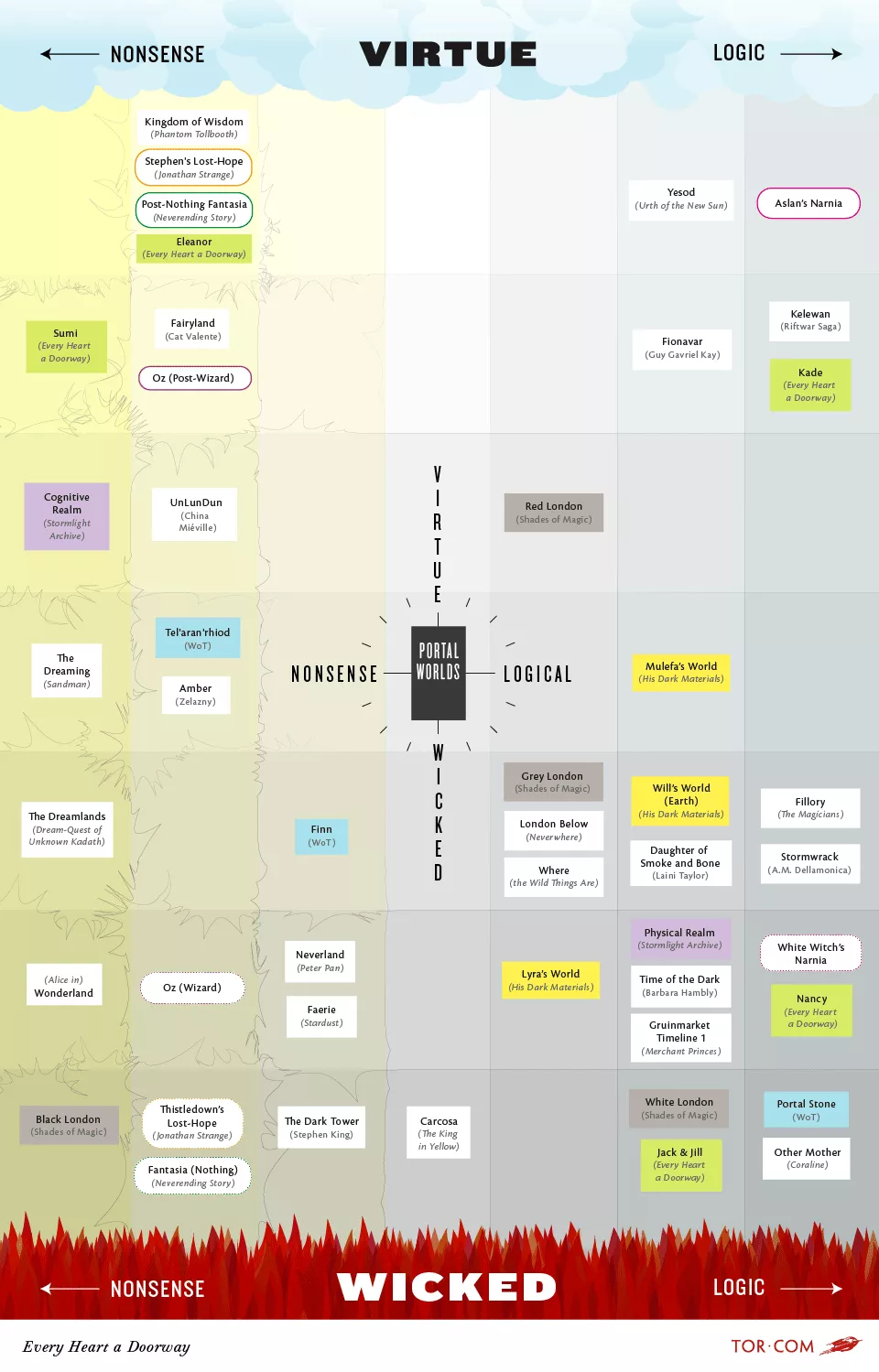 And that’s why I’ll maybe de-emphasize “horror” in the top-line description of the game, and maybe just describe it as a “storygame about a doomed expedition into a mysterious quarantine zone whose center will grant one survivor’s deepest wish.”

What do you think? Let me know on Twitter or via email!