The Zone is a tabletop rpg about doomed journeys into magical mutational horror—think Annihilation & Stalker.

After hundreds of expeditions into the free digital version, the gorgeous boxed physical edition is finally coming to Kickstarter Sep 27, 2022.

Download all press and streamer assets (or scroll down to view)

What is THE ZONE?

The Zone is a tabletop RPG for 1-6 players about lost souls on a surreal play-to-lose journey to the center of an alien place that manifests their phobias and obsessions until everyone mutates and only one survives. Inspired by Annihilation, Stalker, Roadside Picnic, and the SCP Foundation.

Hundreds of expeditions have entered the digital version of The Zone since its launch and the boxed physical edition coming to Kickstarter this Sep 27th!

Praise for THE ZONE

“An extraordinary accomplishment, and one of the best implementations of a card game I’ve seen online.”
— Jim Rossignol, formerly of Rock Paper Shotgun

“That game RULED! Creepy and weird and tense and I loved every minute of it. Gather up your friends; play to lose; play doomed monsters; get your wish to come true or don’t—this game kicks ass and you should want to play it!”
— Jeff Stormer, Party of One Podcast

“Masterfully crafted to help everyone at the table tell a weird, vulnerable, fantastical story together… you’ll never forget a trip to the Zone.”
— Aaron A. Reed, Downcrawl, 50 Years of Text Games

“An exceptional game. Like a jackbox room where you mutate and tell a gorgeous horrifying tale!”
— Adam Vass, World Champ Game Co. and The Braintrust)

What’s in the box?

This is the definitive way to play THE ZONE online and can be used to learn the physical game. It will always be free so the game can be as accessible as possible.

History of the game

It all started with the anomalies. Locals calling in to talk radio or visiting their doctors with weird sightings, odd disappearances, strange bodily changes. The Federal Bureau of Coherence began its special procedures and tests. Then the Boundary appeared, isolating everyone and everything trapped within. Since then, not a single expedition has returned, and all lose contact minutes after leaving visual range.

We don’t know what The Zone wants—or if it wants. It seems to be a mirror, manifesting whatever Phobias, Obsessions, and Memories you bring into it. Rumor has it that it has the power to grant your deepest Wish if it deems you worthy. Sensor readings show something incredibly powerful at its Center. Perhaps it’s testing us.

You are Expedition 14X (how many previous 14th Expeditions there have been is classified). You will almost certainly not return. The Federal Bureau of Coherence, without admitting liability, thanks you for accepting this mission.

The first version of The Zone happened in a flurry of March 2018 prototyping after a week that included Alex Garland’s adaptation of Jeff Vandermeer’s “Annihilation” (for the third time), Andrei Tarkovsky’s “Stalker”, and a blood-soaked game of marvelous Viking play-to-lose blood opera Love in the Time of Seið.

Raph became obsessed with how Seið’s freeform system (based on Archipelago) could fit the New Weird of stories like Annihilation while also allowing players to engage in true collaborative storytelling without a GM to keep order, logic, and continuity. In a beautiful, horrible zone where anything can happen, where reality is constantly bending, and where your characters must mutate and die by the end, it doesn’t matter if things get a little bit inconsistent.

“The thing I LOVE about play-to-lose is that while these games might initially feel intimidating (‘Wait—my character’s going to die?’) the second you accept that fate you’re freed to make story choices that typically feel way too dangerous in a setting where you’re trying to survive. Touch the pulsating thing! Go into the creepy room! Mutate with abandon!”

“It’s that Kurt Vonnegut writing advice ‘Be a sadist (to your characters). No matter how sweet and innocent your leading characters, make awful things happen to them—in order that the reader may see what they are made of.’”

Accessibility and guidance from the start

Raph spent the next two years playtesting, bringing The Zone to conventions like Big Bad Con and Metatopia, and getting ready for a Kickstarter in March 2020. As a professional UX designer, he followed a iterative process of playtesting with the goal of creating an experience that would guide players from the moment they opened the game to the end.

“It was my job—not the players’—to study and observe the pitfalls of people learning the game, and to create materials that tried to account for as much of that end-to-end experience as possible. The way you introduce something in the first 10 mins can make all the difference two hours later!”

One of the most important elements of The Zone is its balance of the sublime and grotesque. After all, it was sparked by the stunning psychedelic beauty of Annihilation, which shows just much of the pleasure and impact of horror can come from creating the most seductive images. Everything in the game reflects that duality—the characters are driven by Obsession and Phobia; the locations each have three options which range from magical to foul; the deck of scene cards pushes players to experience both wonderful and horrific encounters.

“For the poor souls entering into The Zone, it’s the outside world that is ugly. They all have reason to believe that this place can save them from their broken lives, so every aspect of the game has to be designed to highlight that seductive power as it physically embodies their phobias and obsessions.”

That March 2020 Kickstarter… well, we all know what happened. It suddenly felt wrong to pitch an experience that required physical gathering, and in-person playtesting was off the table. When it became clear that the pandemic wasn’t going anywhere, Raph started looking for ways to release it digitally but none of the platforms (Roll20, Tabletopia, Tabletop Simulator, etc…) felt right.

“Even before it was digital I wanted The Zone to be a truly pick-up-and-play experience. When the pandemic hit, I tried to find motivation to continue development by porting to Roll20 and Tabletopia, but it felt like they only let me replicate the fiddliest parts of running a ttrpg! That’s how I decided to build something new from scratch.

“I came up with three design goals in making The Zone digital: atmosphere, accessibility, and guidance. I love how video games teach players and spend most of my day job as a designer trying to make UIs self-explanatory. Why not ttrpgs? People should be able to just click a button and start storytelling without anyone having to do homework beforehand! In the end, it took 3 years of playtesting with over 100 people to figure out what that crucial first 30 mins needed to do.”

The Zone launched to early access April 2021, with a full release in July 2021

In July 2020, Raph started coding a digital version from scratch. A year and a heck of a lot of playtesting later, The Zone is now an online multiplayer storytelling experience that doesn’t just give you a virtual tabletop: it walks players through safety tools, teaches the rules, makes all the moves accessible, takes care of the atmosphere, and guides everything from start to end.

Raph opened the game to early access on April 17, 2021, and has been actively improving the game since, including adding the ability for anyone to mod and theme the game. Hundreds of expeditions have entered THE ZONE and left feedback, which has allowed Raph to continue to refine the game for its physical Kickstarter in September.

“I think this has become a pretty interesting hybrid of a video game and a ttrpg. I’m hoping for many more self-contained digital ttrpg experiences like this, that really guide you from start to finish”

“The best part about making a digital RPG is that I can keep improving it out in the open, talk directly with my players in the Discord community and make changes that everyone immediately gets access to. And iterating digitally will all feed back into the physical edition. After this it’ll be hard to have to hit ‘print’ and not be able to change it after it ships!”

“Also, hello! You read this far! Thank you! I’ve got some more materials for you below.” —Raph

Zip file with all assets 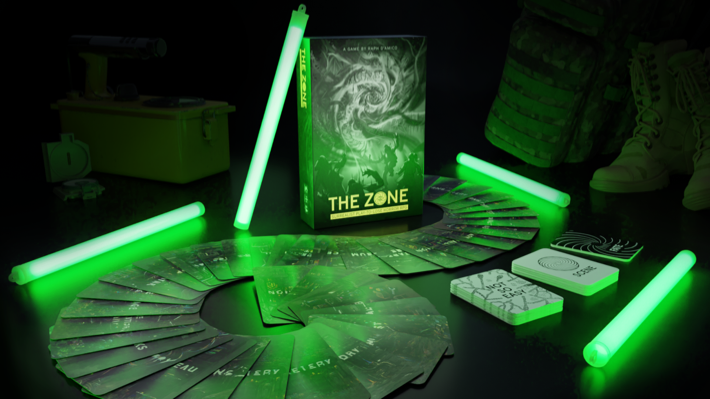 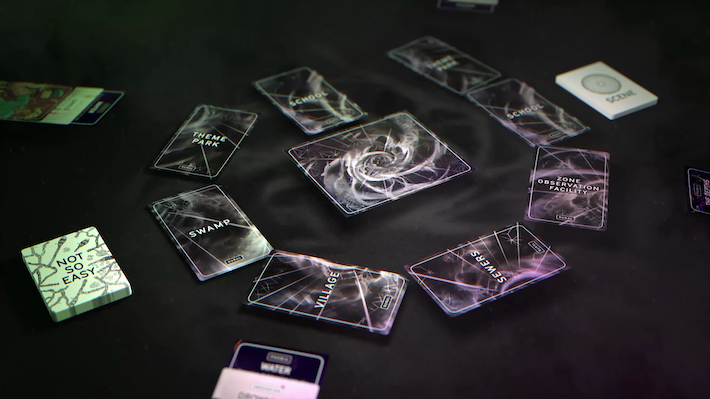 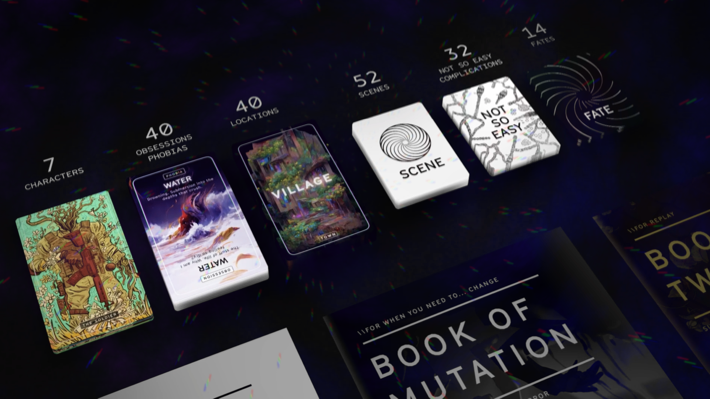 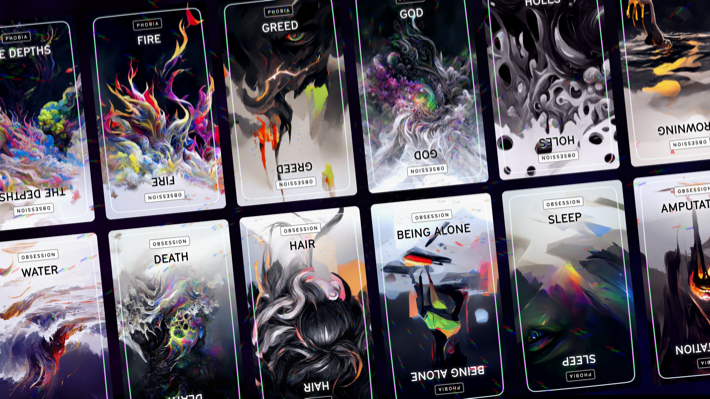 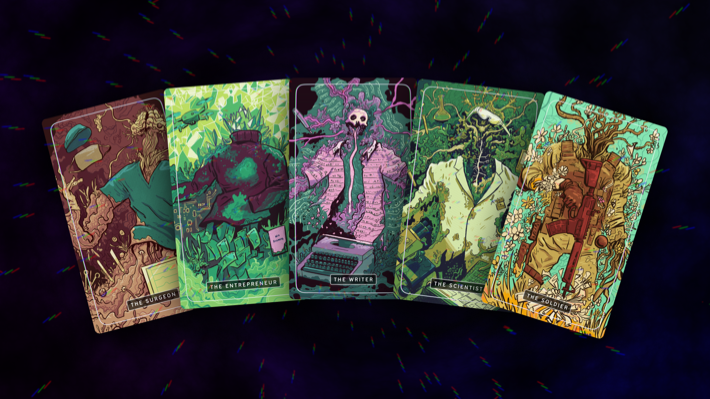 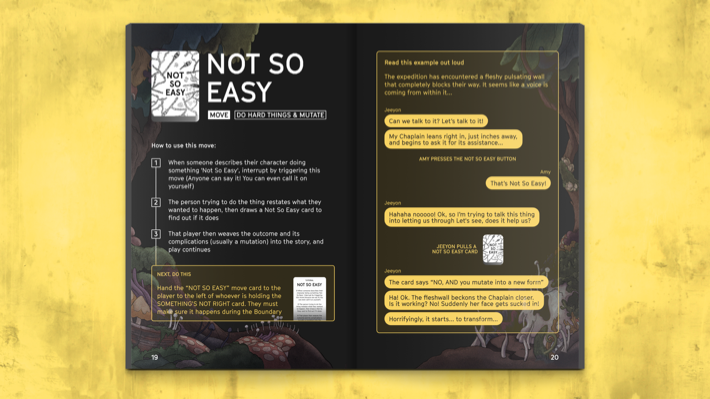 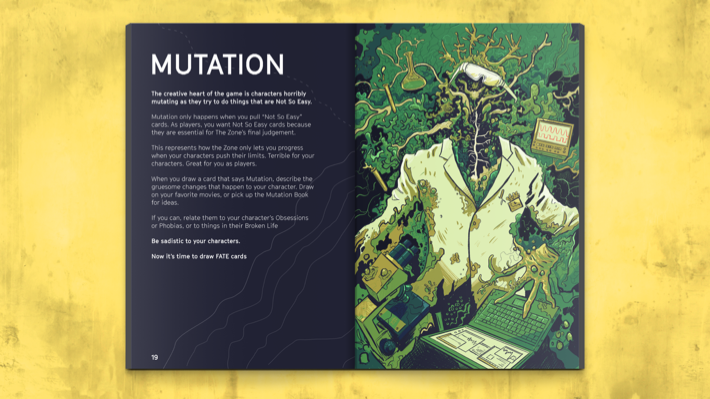 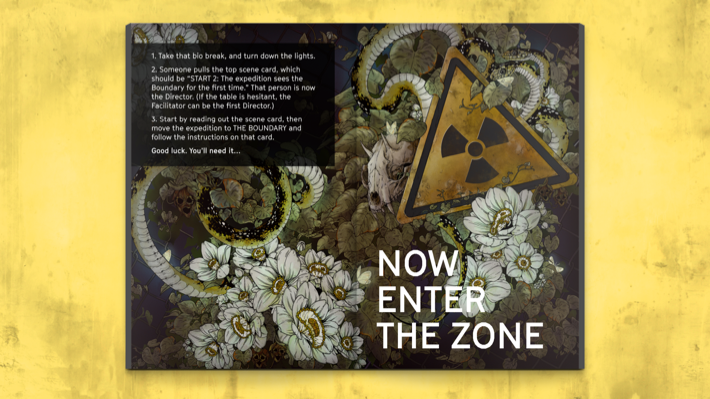 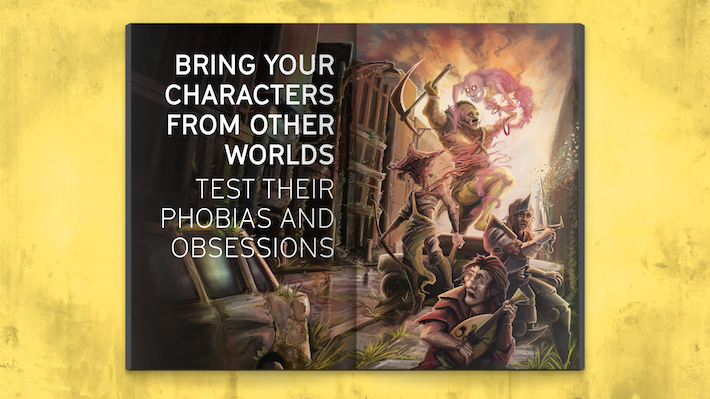 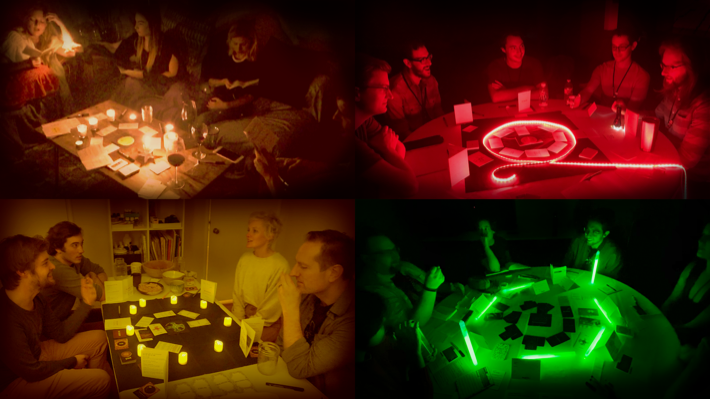 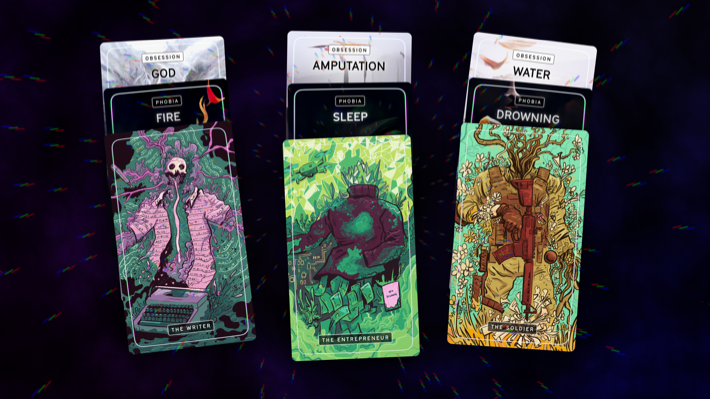 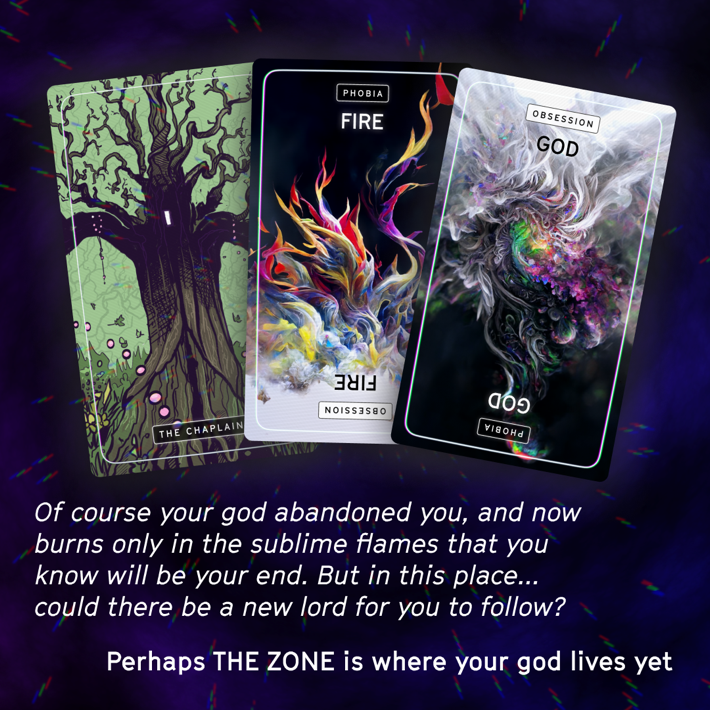 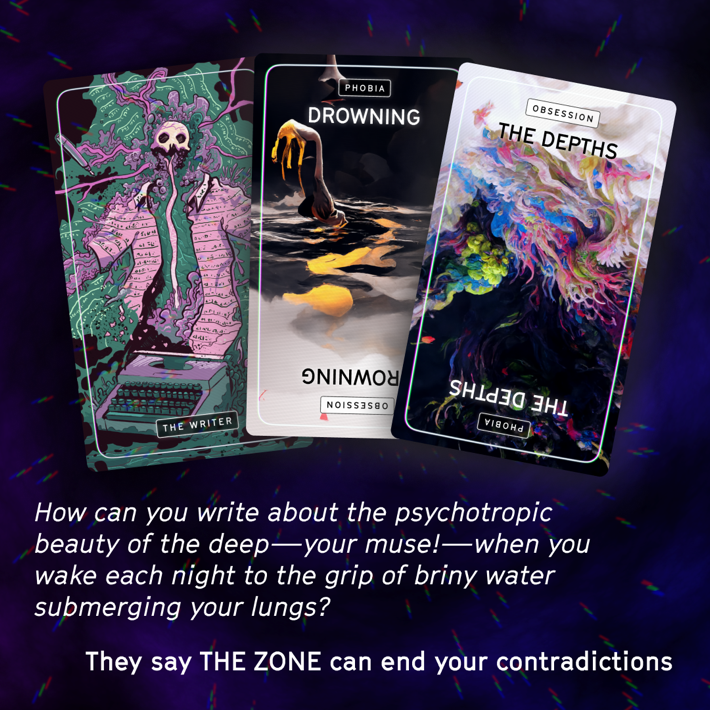 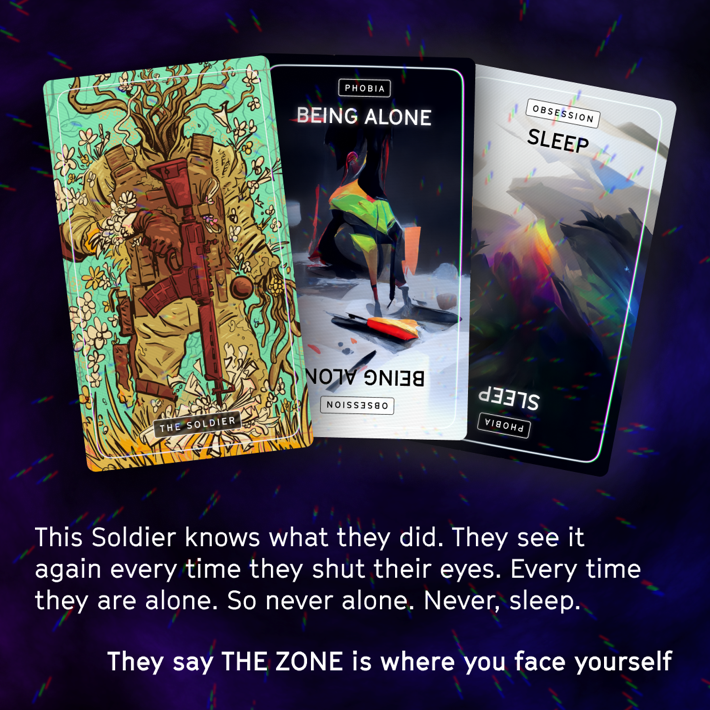 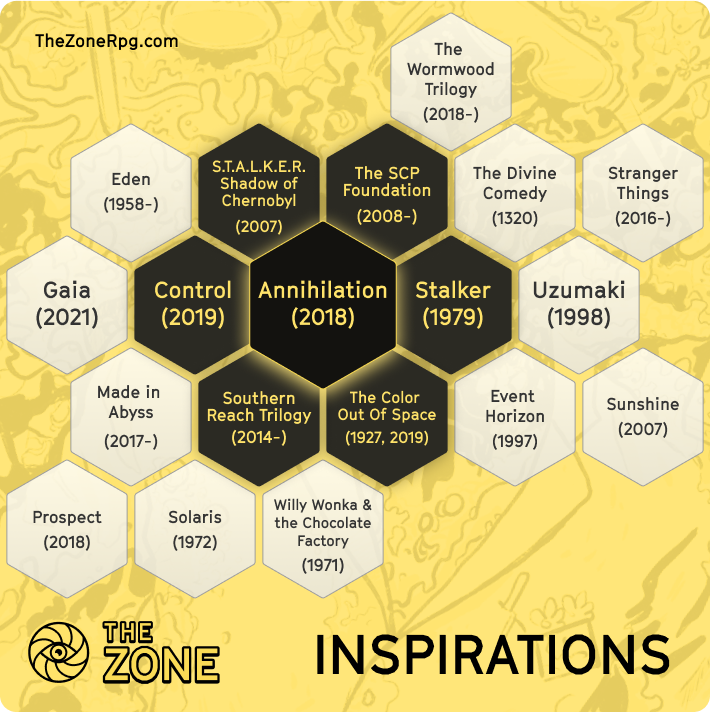 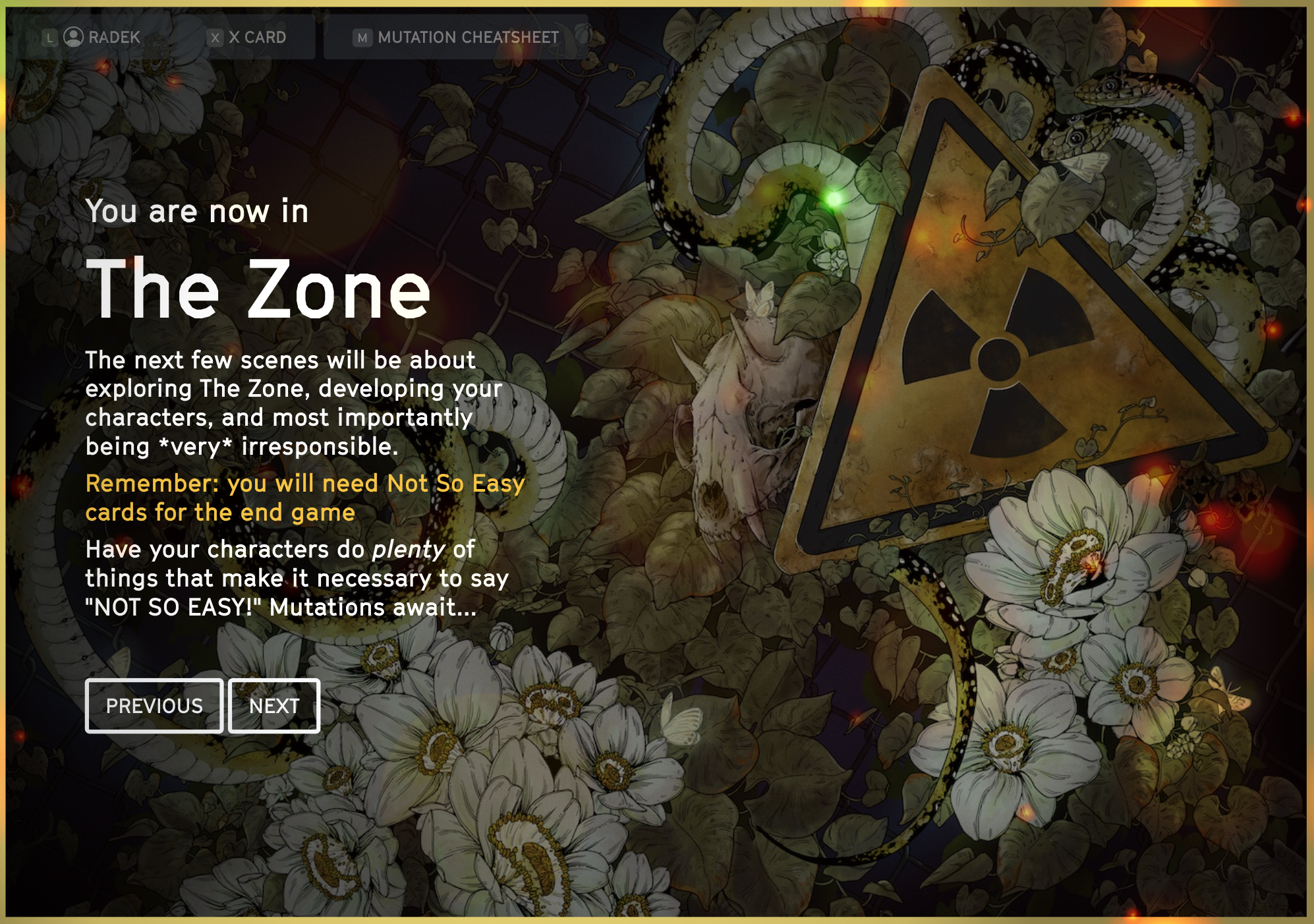 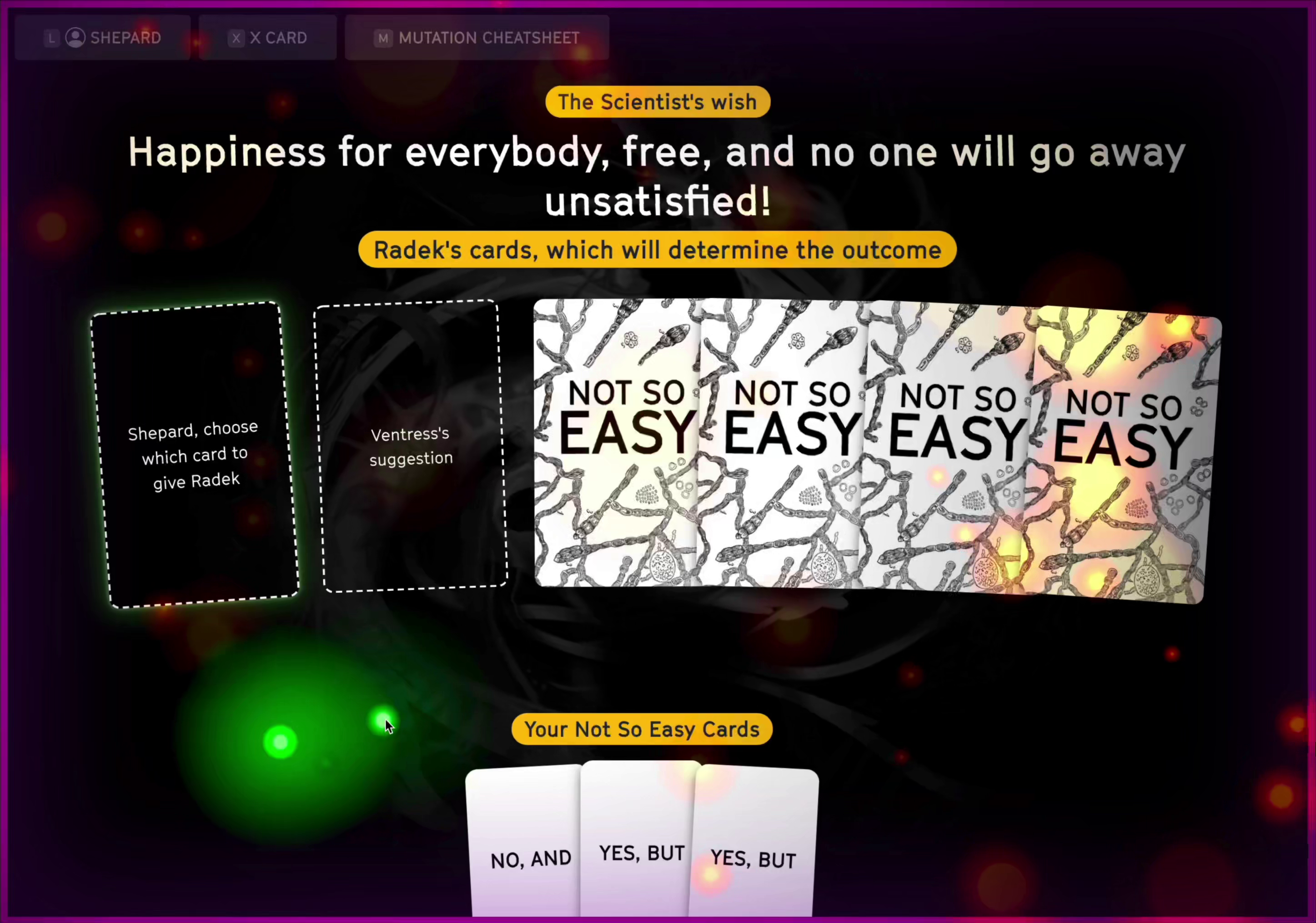 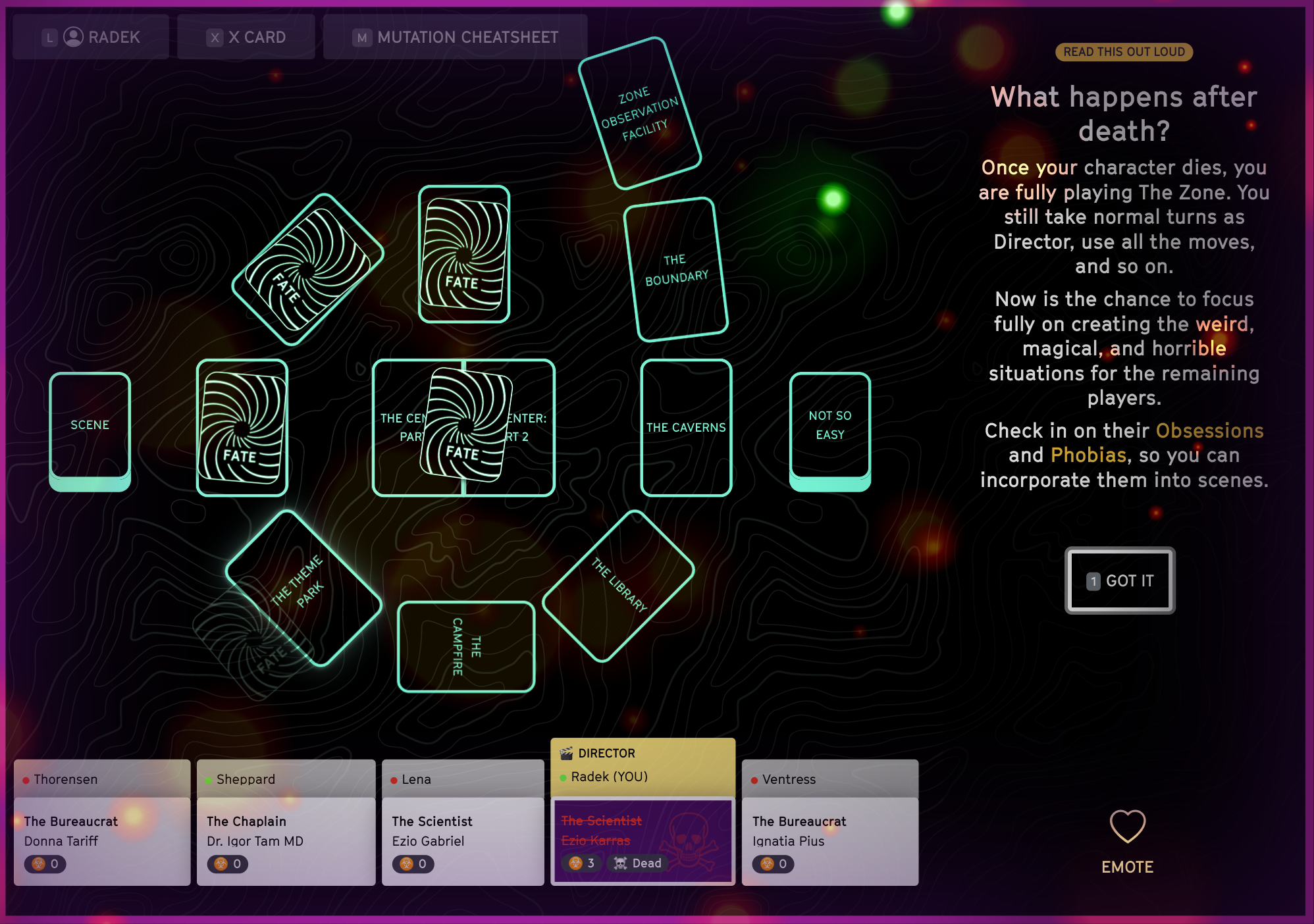 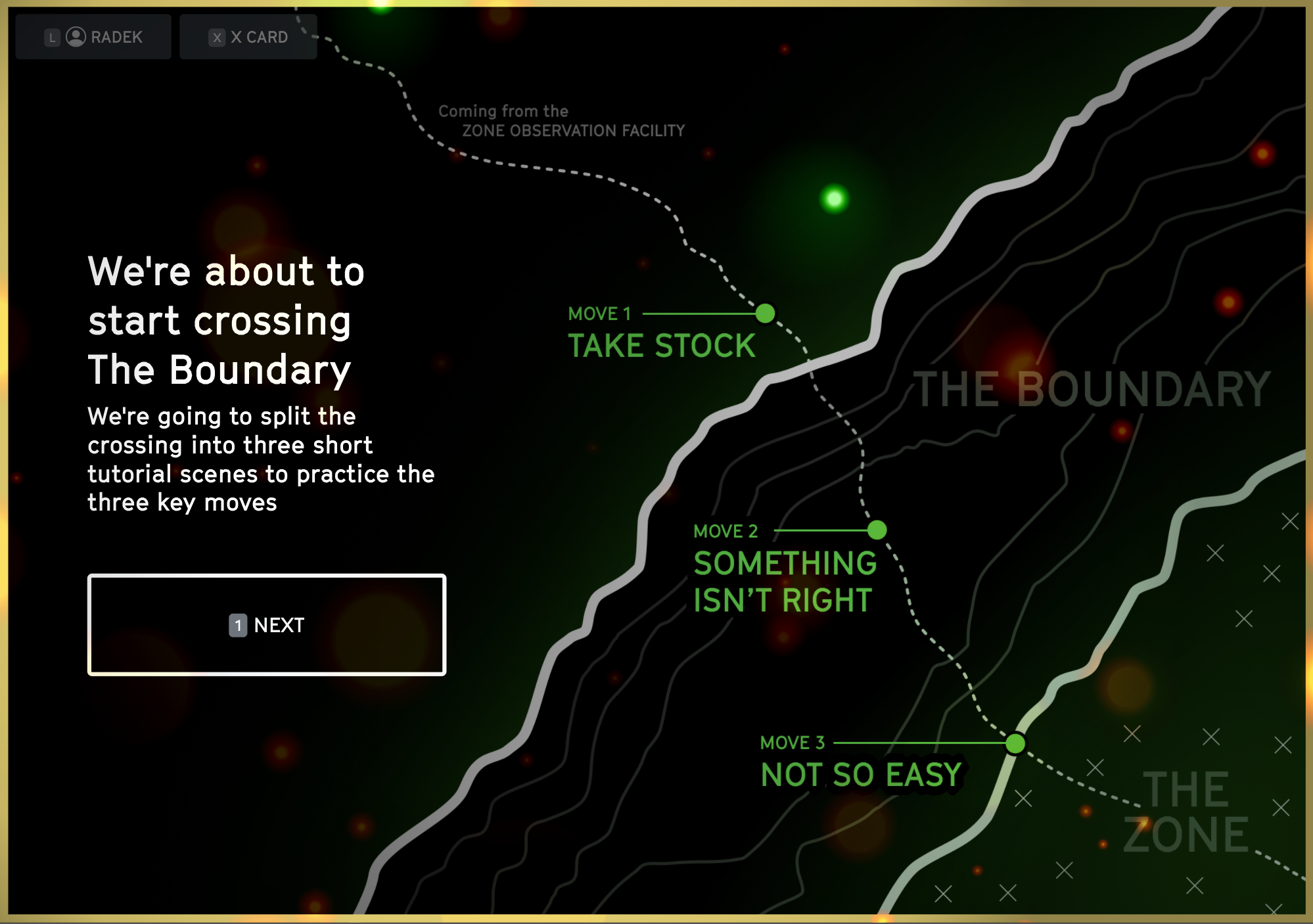 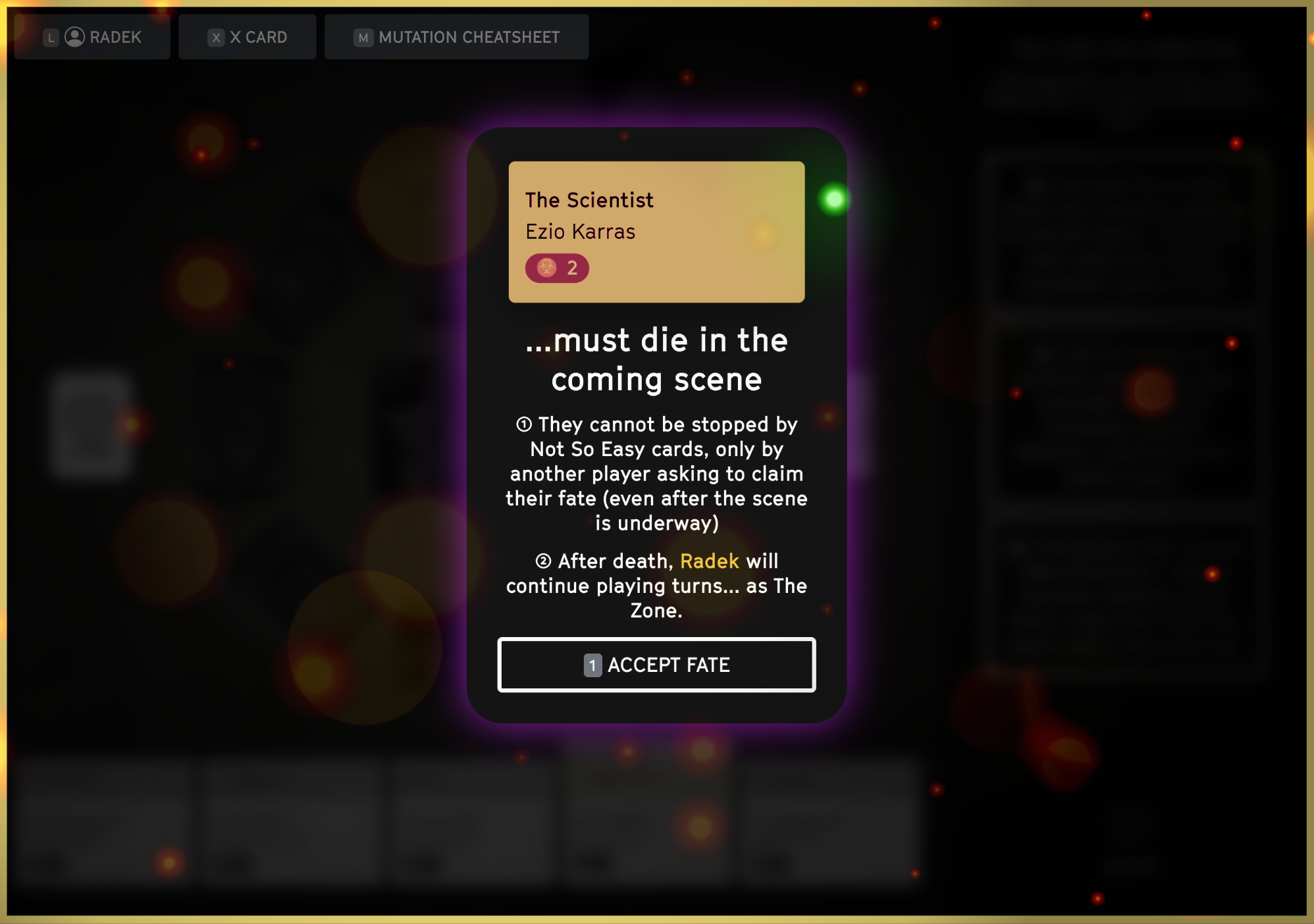 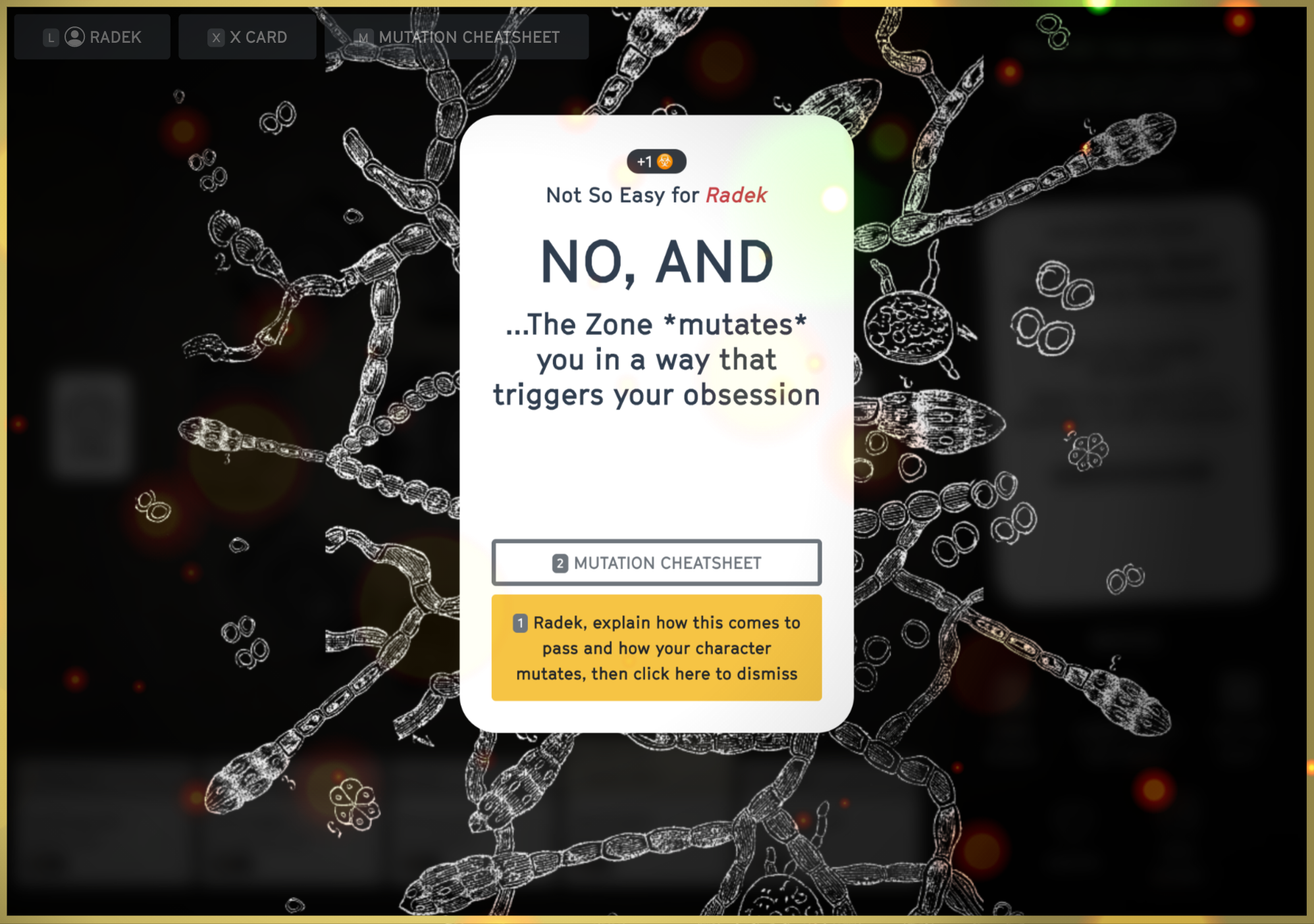 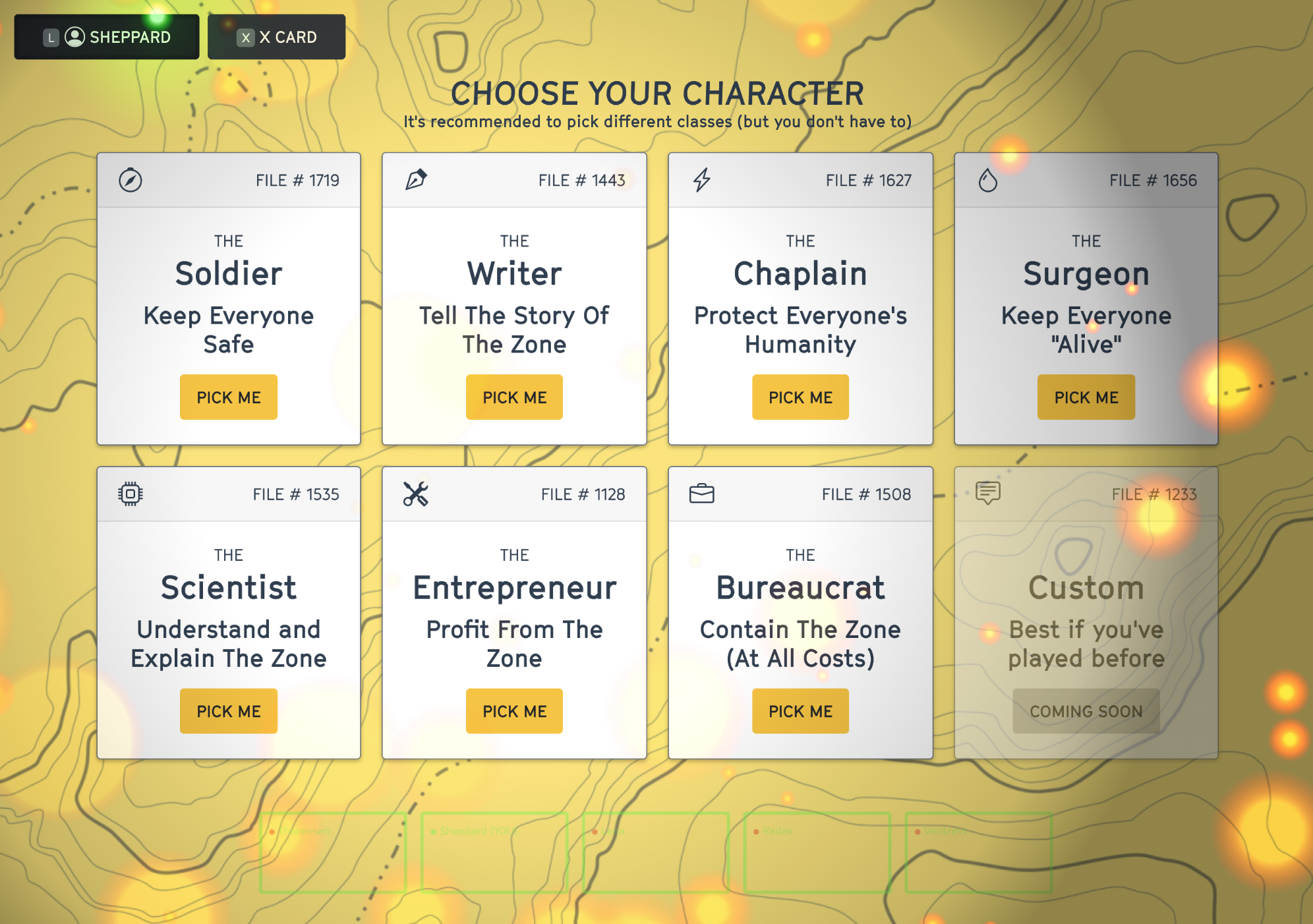 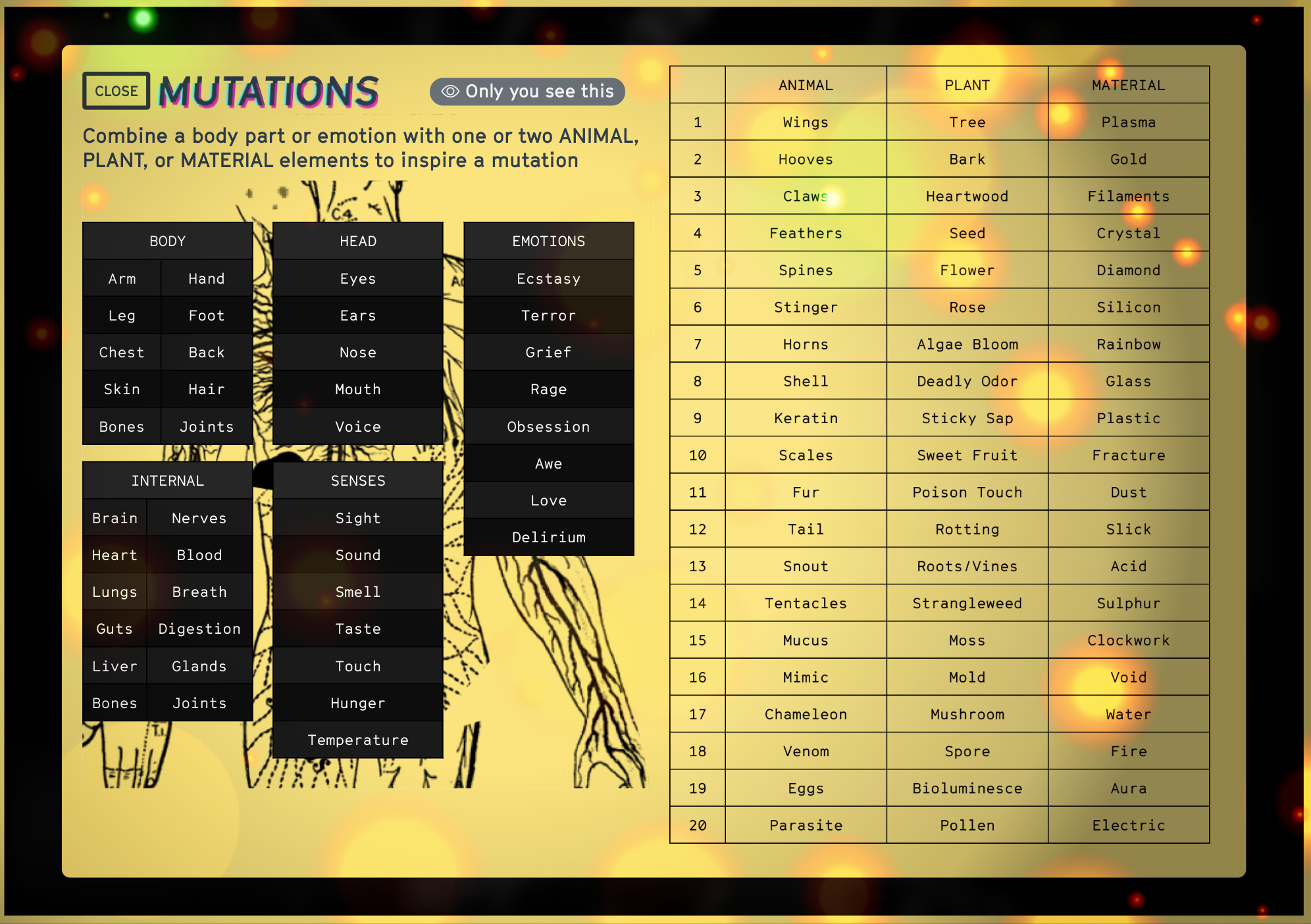 Zip file with all assets 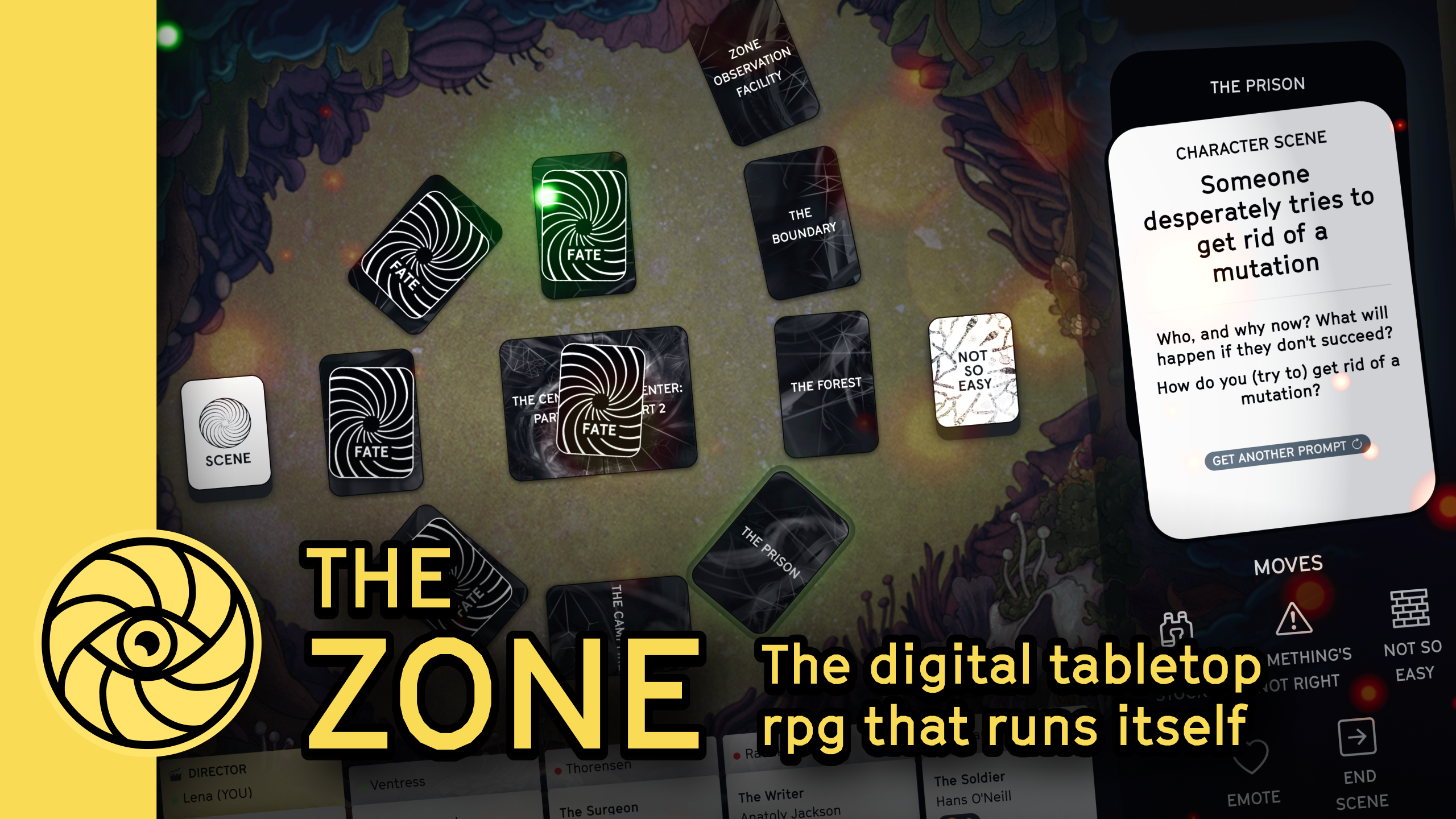 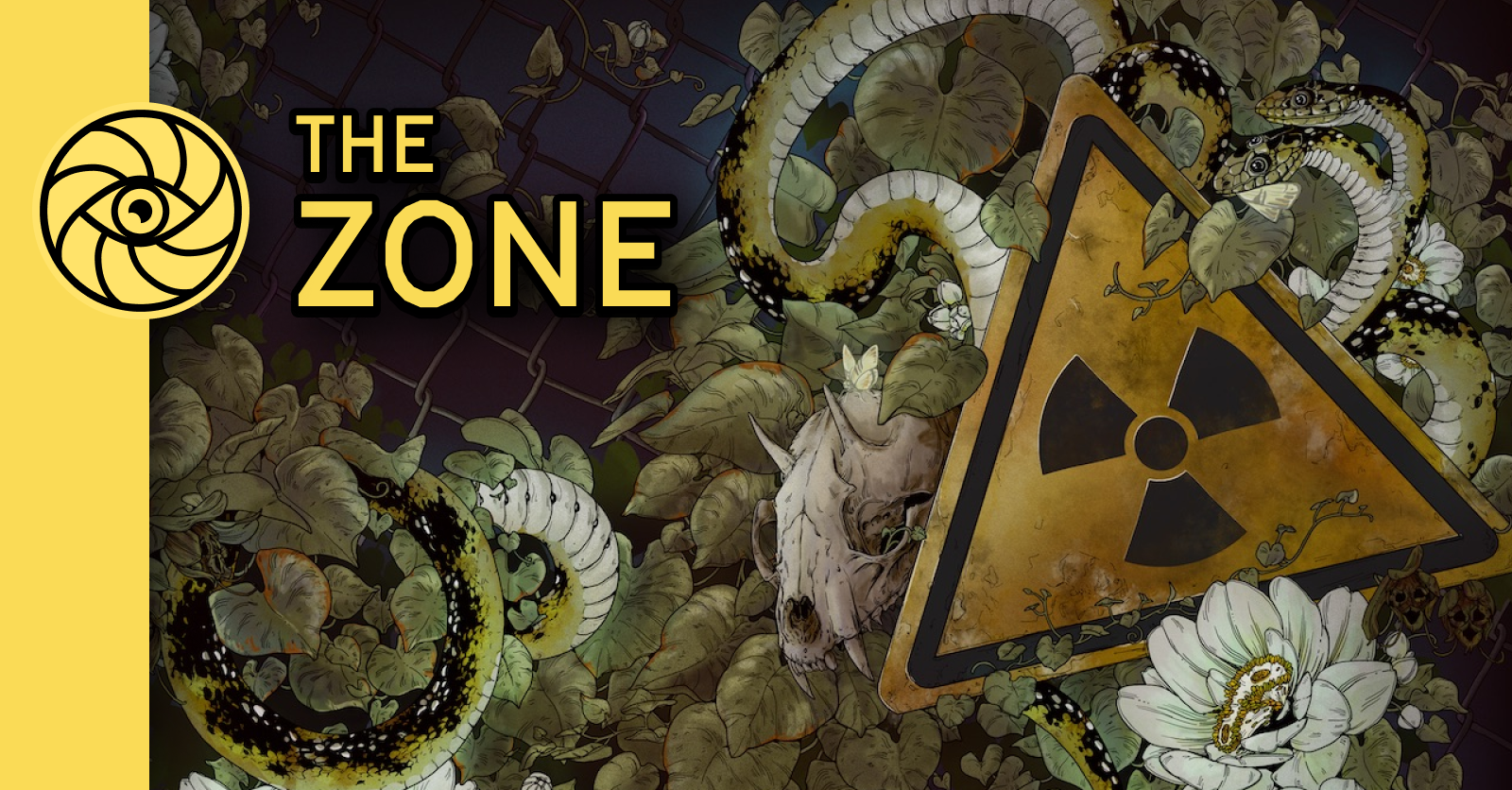 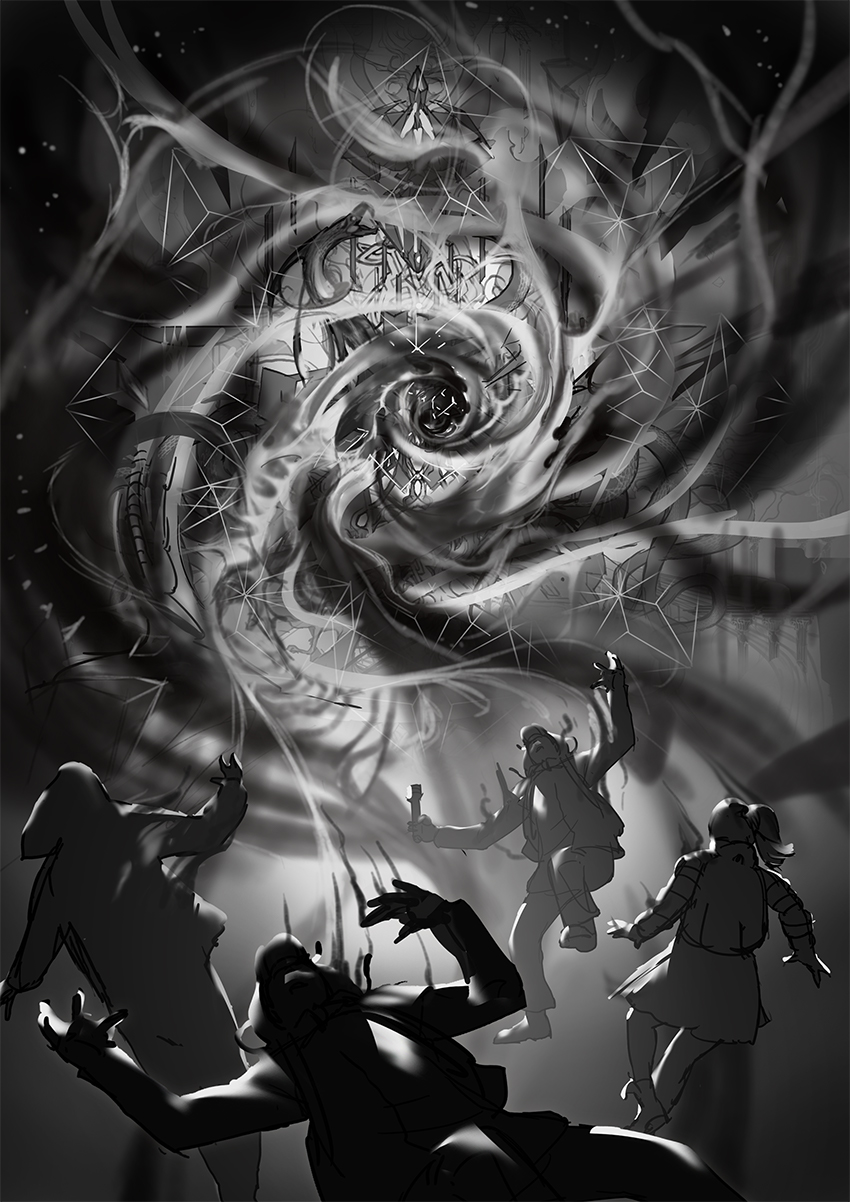 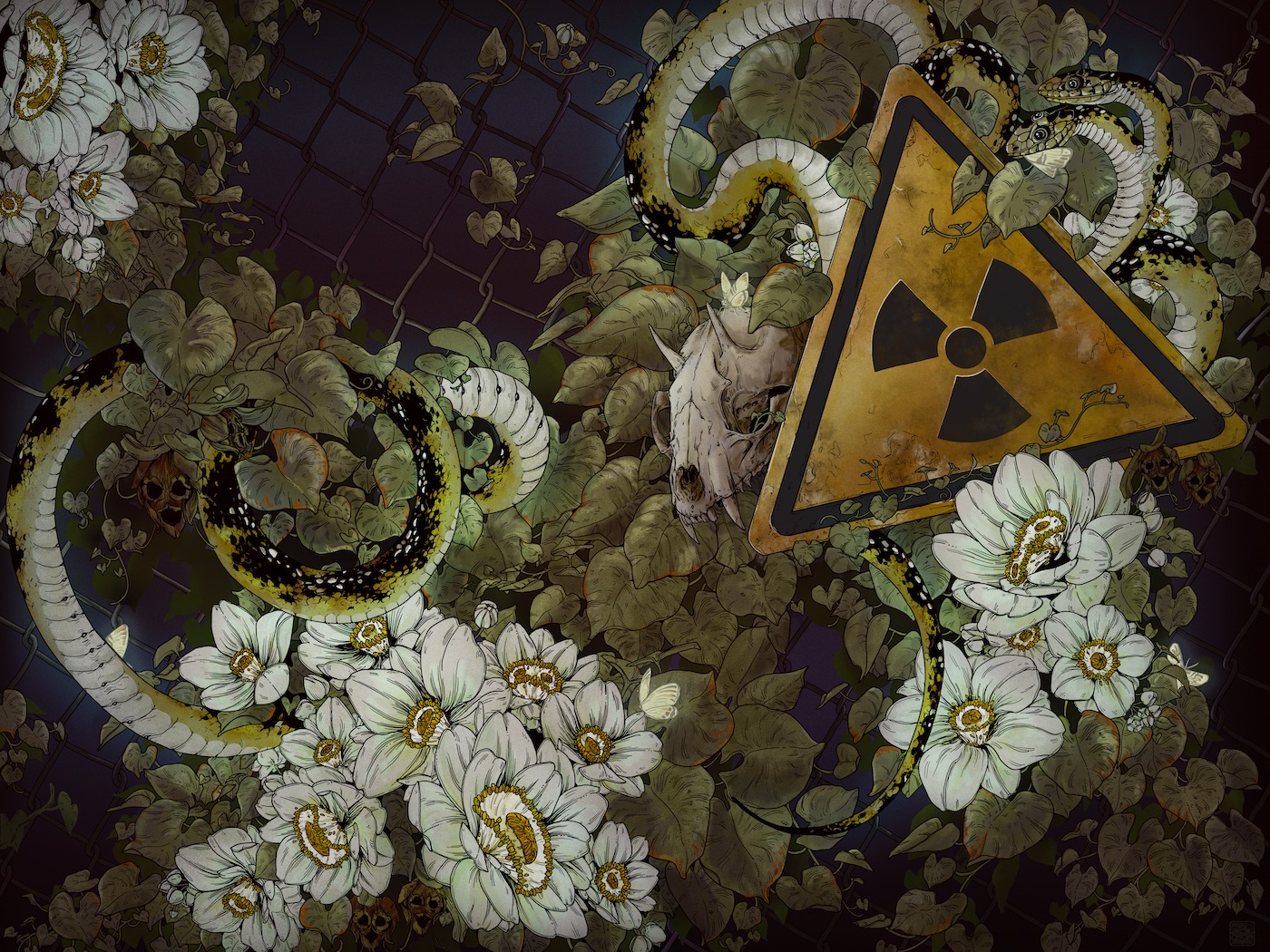 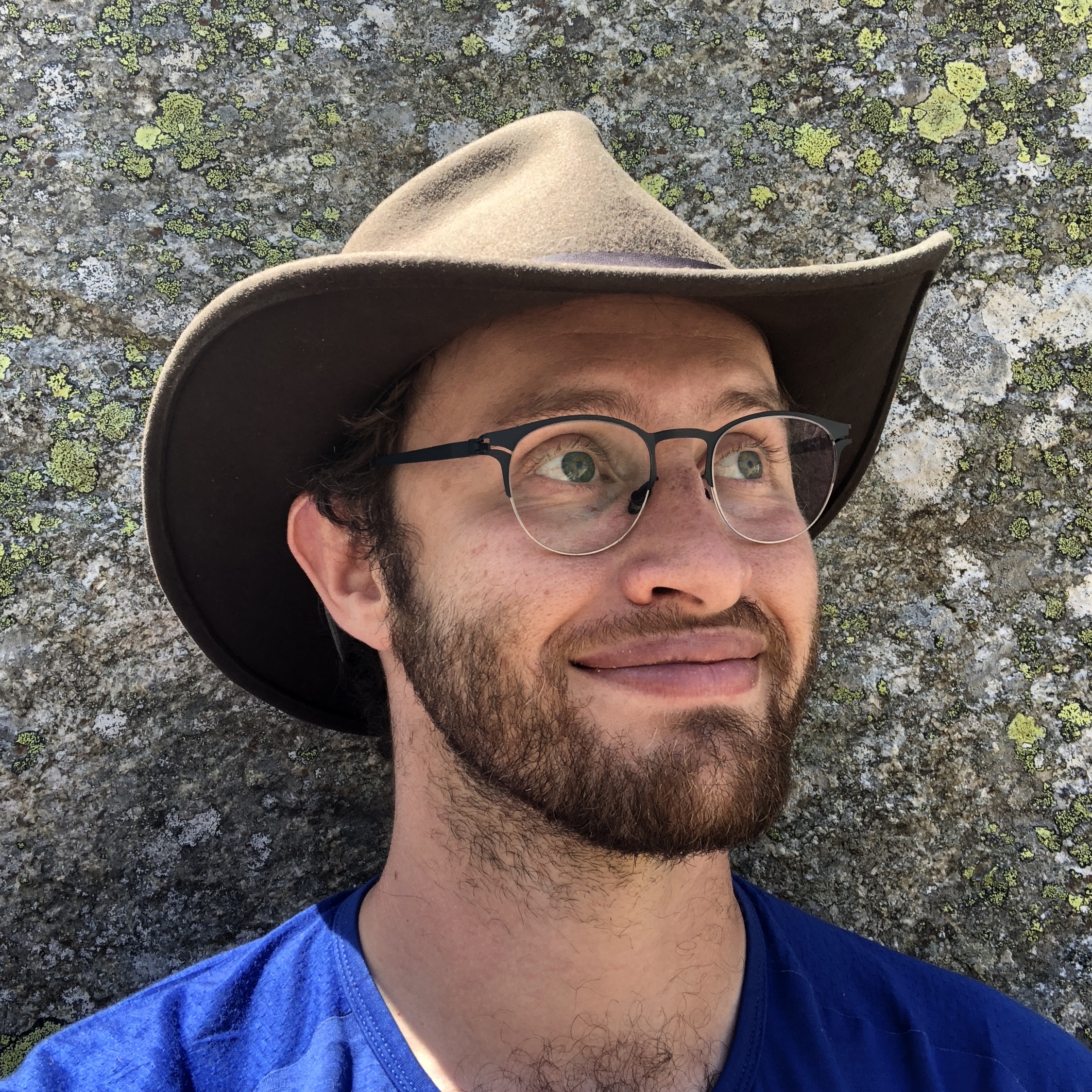 Raph D’Amico (he/him) is an award winning game designer in San Francisco, best known for his magical-realist game of mutational horror: The Zone. He loves making play-to-lose storygames that push analog & digital boundaries to facilitate themselves. He got into games through UX design & improv, and loves metaphors, mechs with a heart, and New Weird horror. Raph tweets @raphdamico and publishes all his games at www.laughingkaiju.com.

⬆️ Back to top