3-6 players choose characters, co-create the locations, and together tell the story of their journey to the center of THE ZONE. Over 2-3 hours you will describe the wonders and horrors found inside, the grisly (or sublime) fates of all but one of your characters, and the ultimate nature of THE ZONE itself.

This is a GM-less storytelling game, so players collaboratively share the load, with a philosophy of “play to lose” where “winning” means telling the best tragic story.

The vibe is hanging out with friends around a campfire, trying to creep each other out with the darkest and most uncanny stories you can think of… 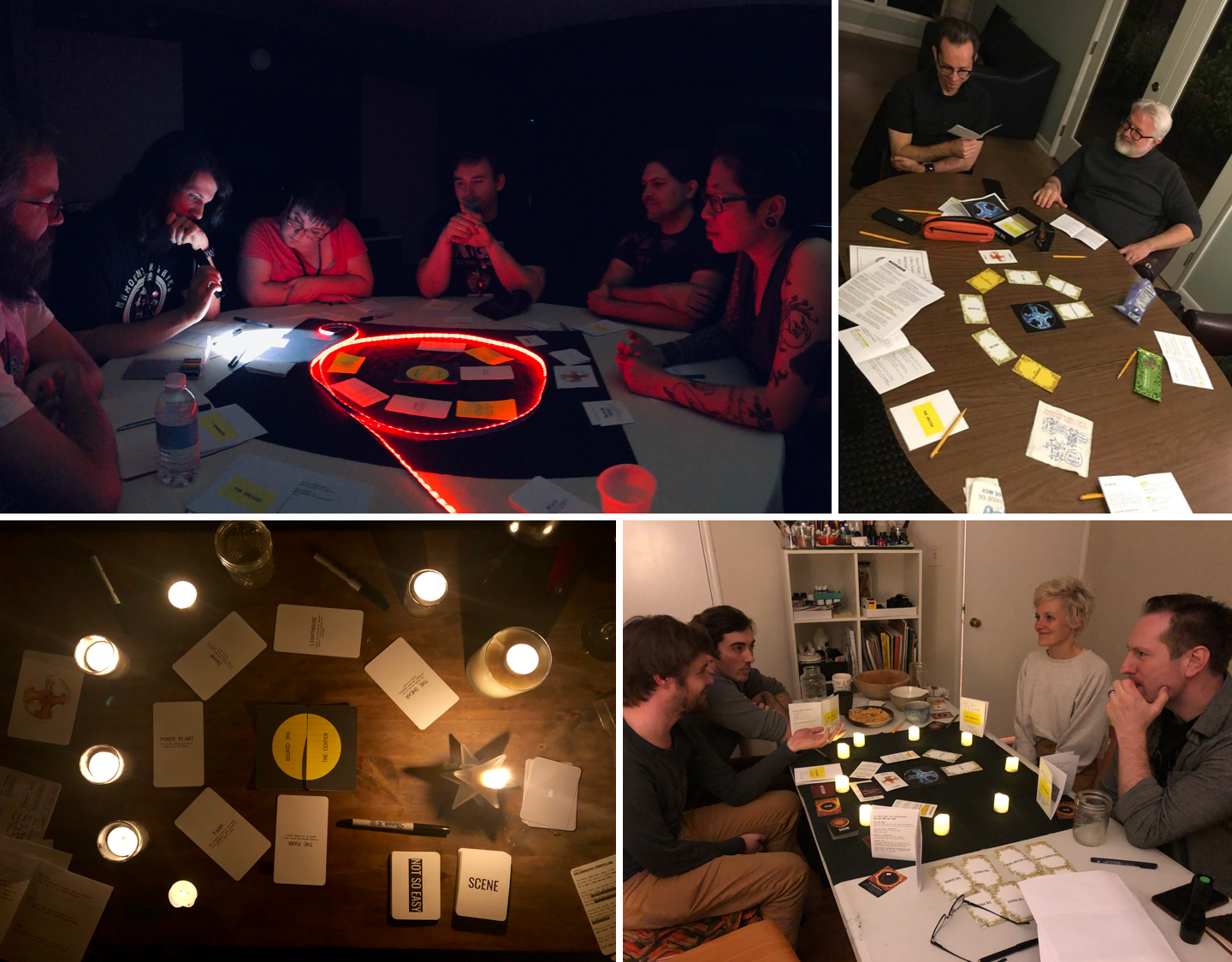 These aspects make the game lighter weight than most roleplaying games, while still providing enough structure to make storytelling approachable for anyone. 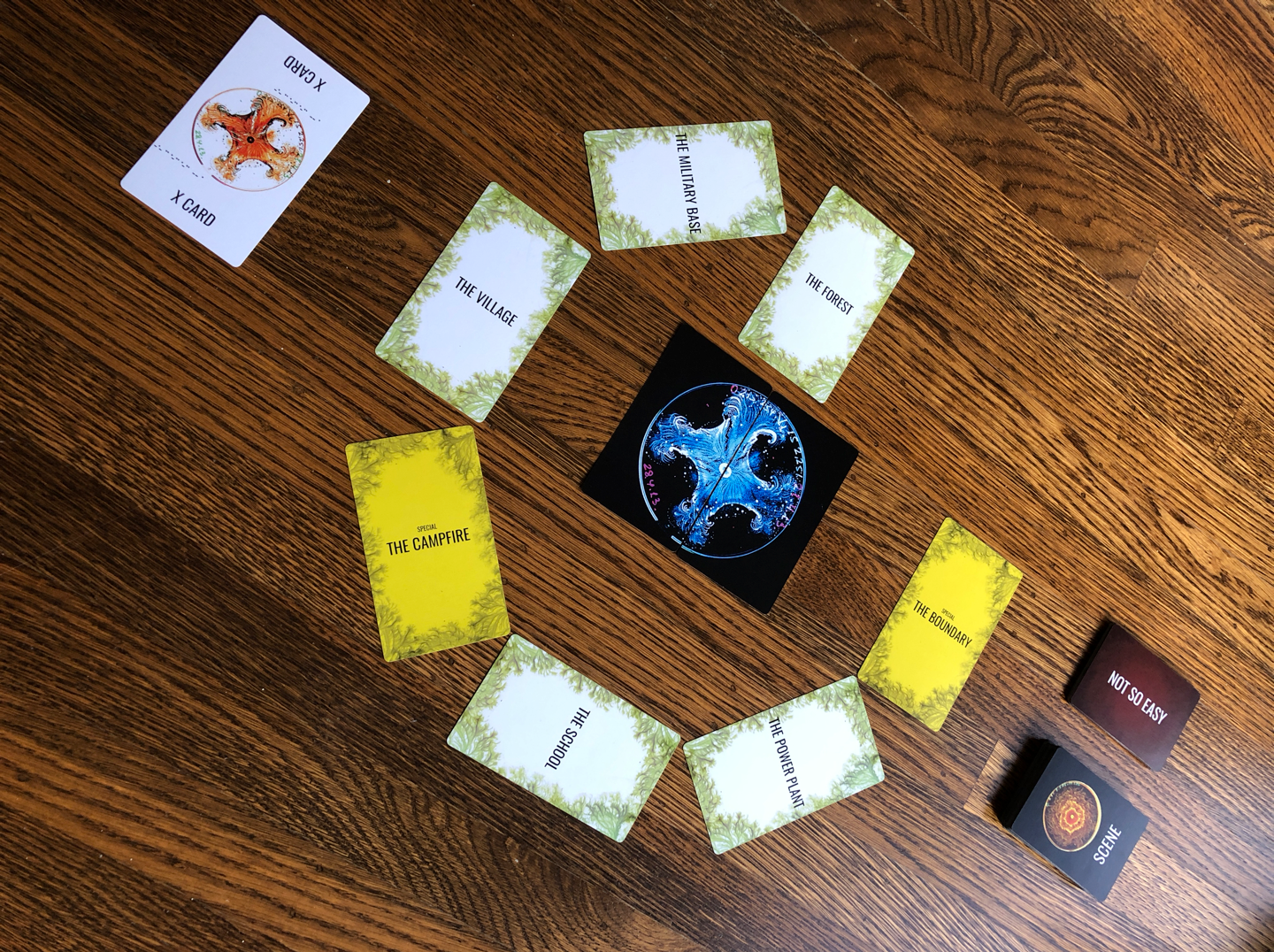 THE ZONE is inspired by classic books and movies like Jeff VanderMeer’s novel Annihilation, Arkady and Boris Strugatsky’s novel Roadside Picnic, Andrei Tarkovsky’s film Stalker, the S.T.A.L.K.E.R. series of games, H.P. Lovecraft’s short story “The Color Out Of Space”, and every horror game where a group of unlucky souls go into a place they can’t possibly understand and end up picked off one by one. 😉

THE ZONE will be Kickstarted sometime in 2019

A very atmospheric playtest, and some musical goodies!

I ran another playtest of The Zone last night, staged astonishingly well by my friend nickpunt@, and the amazing jeeyonshin@ live tweeted the entire thing.

How should I talk about horror?

I made a somewhat maniacal map of the influences on THE ZONE, as an exercise to see if I can talk about the game without mentioning the word “horror”.

My first time at Metatopia and I loved it! I’m still sleepless, feeling the con crash hard. I played some amazing games with staggering emotional range (particular credit to Alex White’s “A Cool and Lonely Courage”, which ended with 20 seconds of silence to process at the end. Thank god for a whimsical game of Fiasco In A Box immediately after).

This week I focused on a big open question for THE ZONE: pacing & escalation.

Well this is exciting. After my very first Big Bad Con last weekend, it feels time to gather some sticks, pitch a tent, and kindle a tiny little spot on the internet to talk about storytelling games… including the one I’m actually rather far along in making: THE ZONE.